Congress Has Refused An Alliance With AAP, Says Arvind Kejriwal

Arvind Kejriwal's comments come hours after sources said his AAP made a fresh attempt to forge an alliance with the Congress in Punjab, Haryana and Delhi. 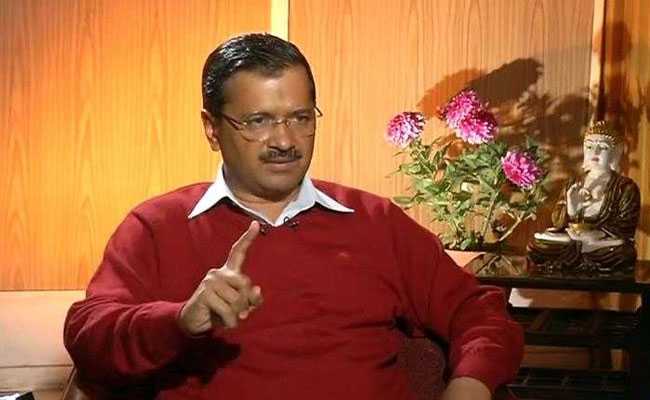 Sources say AAP is willing to let the Congress contest on two seats in Delhi, keeping five for itself.

Delhi Chief Minister Arvind Kejriwal on Tuesday said the Congress has refused to form an alliance with his Aam Aadmi Party or AAP in Delhi for the national elections and the two parties are not in talks with each other, according to news agency Press Trust of India.

The AAP leader claimed that reports in the media that said talks between his party and the Congress had been finalised were planted by the Rahul Gandhi-led party.

Mr Kejriwal's comments come hours after sources said his AAP, through Nationalist Congress Party president Sharad Pawar who has stepped in as mediator between the two parties, made a fresh attempt to forge an alliance with the Congress in Punjab, Haryana and Delhi.

Sources say AAP is willing to let the Congress contest on two seats in Delhi, keeping five for itself. In Punjab, AAP wants to contest on three, and wants Congress to fight on 10; and in Haryana, AAP two and Congress four.

Reports suggest that the Congress is upset with AAP offering only one of Delhi's seven seats in a tie-up; the Congress wants three.

Delhi Congress chief Sheila Dikshit is dead against the idea of a tie-up between the two parties, but says she would follow whatever the Congress' high command decides. Sources say other Delhi Congress leaders want the tie up and have written to Mr Gandhi.

"I believe that the Congress is capable of doing everything itself. But if a decision is taken by everybody contrary to what I think, fine. I do believe in the strength and capacity of the Congress party," said the 80-year-old, who became the party's Delhi chief in January.

Sharad Pawar, who is mediating between the Congress and AAP, on Tuesday separately met Congress leader and AAP's Sanjay Singh. He is also expected to meet Rahul Gandhi, who will take a final decision.

Soon after the meeting, Arvind Kejriwal had declared that the Congress had rejected an alliance and he was "fed up of trying to convince the party".

However, after the Pulwama terror attack and its fallout, the Congress reportedly had fresh discussions over the alliance as the opposition reassessed its strategy to take on the ruling BJP.