In the opposition front, there was no official word yet on the shape of alliance with former chief minister and All- India NR Congress founder leader N Rangasamy's "silence". 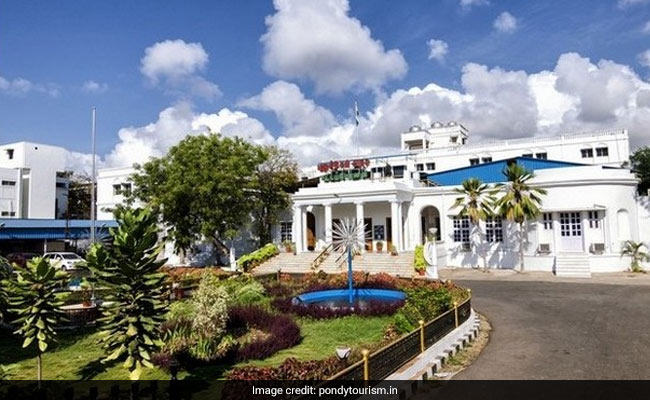 The Puducherry assembly elections will be held on April 6. (File)

Leaders of the Congress and its ally DMK here held first round of seat-sharing talks on Sunday for the April 6 elections to the Puducherry assembly but there was no outcome and they decided to continue the parleys soon.

In the opposition front, there was no official word yet on the shape of alliance with former chief minister and All- India NR Congress founder leader N Rangasamy's "silence".

Prospective ally BJP's reluctance to name him as the chief ministerial candidate of a possible coalition appears to have been the reason behind his guessing game, according to sources.

The Congress, whose government in the UT fell toward the fag end of its term last month, held talks with DMK at the Pradesh Congress Committee (PCC) office.

On the DMK side, party convenors SP Sivakumar and R Siva took part.

A Congress source said they did not reach any decision and the talks for sharing the 30 assembly seats were "inconclusive".

In the 2016 polls, the Congress had contested 21 seats and won 15 while the DMK bagged two of the nine seats it was allotted by the alliance leader.

"We exchanged our views. We will have the next round of talks soon and will inform our respective high commands for final decision," Mr Narayanasamy said.

The parleys between the two parties took place close on the heels of DMK allotting 25 seats to Congress in neighbouring Tamil Nadu, where too the assembly polls are scheduled on April 6.

The former chief minister, whose government collapsed last month after a series of desertions by MLAs, claimed the alliance was strong and people will teach a lesson to the BJP-led NDA for its "undemocratic style of functioning".

Mr Narayanasamy reiterated his allegation that the BJP in collusion with the AINRC and AIADMK had "toppled his democratically elected government."

However, in the NDA camp there was no word on the alliance partners so far.

It was widely expected that AINRC would be part of a front including the BJP and the AIADMK as the three had stood together on several issues in Puducherry in the past.

The projection of new BJP entrant A Namassivayam, PWD Minister in the Mr Narayanasamy cabinet as CM candidate, has come to upset the expectations of the majority of the rank and file of the AINRC, floated by Mr Rangasamy after breaking away from the Congress in 2011.

The AINRC workers are awaiting a firm word from the BJP that Mr Rangasamy would be the chief ministerial candidate of a possible NDA coalition.

Mr Rangasamy, who captured power in 2011 within months of forming his party, has been maintaining silence on the strategy his party would adopt to face the April 6 assembly polls and talks with BJP leaders including UT in-charge Nirmal Kumar Surana have not yielded any outcome so far.

But since there has been no concrete announcement from the BJP over Mr Rangasamay as the CM face, speculations are abuzz that AINRC might face the elections on its own.

In the 2016 elections in Puducherry, the AINRC, BJP and AIADMK had contested on their own. The AINRC won eight seats and the AIADMK four while the BJP drew a blank. The three parties, however, contested the 2019 Lok Sabha elections in alliance, but again lost.