The Congress made the allegation of interference citing the retired Supreme Court judge's sensational claim after demitting office that the previous Chief Justice of India Dipak Misra was working under some influence of an "external source". 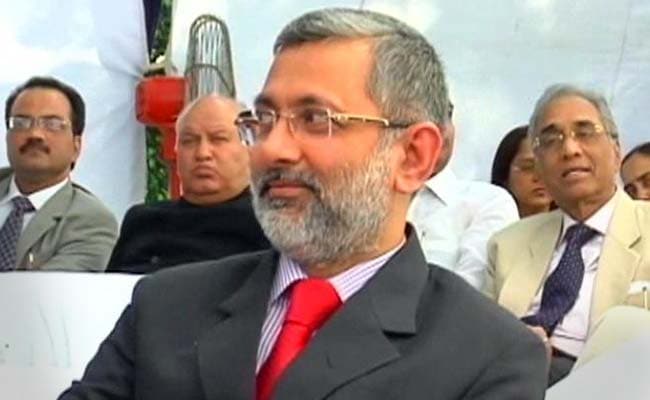 The Congress on Monday said Justice Kurian Joseph's remarks after demitting office have proved its allegations against the government of interference in the highest levels of judiciary, and demanded separate parliamentary and judicial inquiries into the matter.

The opposition party made the allegation of interference citing the retired Supreme Court judge's sensational claim, in an interview to NDTV and others, that the previous Chief Justice of India Dipak Misra was working under some influence of an "external source".

Justice Joseph, however, refused to elaborate on who the external source was and the cases where there was a bias and administration of justice affected.

Congress spokesperson Abhishek Manu Singhvi, at a press conference, claimed the grave apprehensions of his party over "interference" in the highest levels of the judiciary have been proved by Justice Joseph's remarks.

"No less than a Supreme Court judge who demitted office a couple of days ago... has expressly articulated the grave threat to India's highest judicial institution," Mr Singhvi said.

"Justice Joseph has in clear and unequivocal terms talked of the arbitrary bench selection, external influences, by implication remote controls, and political biases injected into the system by the government of India, by the ruling party," he alleged.

There was no immediate reaction from the government or the BJP to the allegations.

The Congress was not concerned about how the judicial organ looks at such things because it was fully competent to deal with it, but it was concerned about the accountability owed by the government, Mr Singhvi said.

It has become clear that the Modi government was using the CJI as its puppet, Congress chief spokesperson Randeep Surjewala alleged in a tweet.

Mr Singhvi said, "The nation rightfully wants to know the true nature, the true extent, the degree and the subject matter of the interference of the government. We further condemn this unconstitutional, invasive and illegal effort by the government."

"The government has become known for its dirty tricks department and for the abysmal erosion of bodies like the CBI, the Lokpal, the CIC, universities and now the Supreme Court," Mr Singhvi alleged.

He said it was important that it comes to light which were those cases in which "these blatant and despicable initiatives" were taken by the government, who took these initiatives and how many times was it done.

"I would call this a government of the interfering, by those who have much to hide and for cover up of its misdeeds," he said.

"We therefore need independent and separate parliamentary and judicial inquiry," he said.

Asked if the party was demanding a joint parliamentary committee probe, he said: "Ultimately, a parliamentary inquiry will have to be a JPC."

Justice Joseph along with three of the most senior judges of the top court--Justices J Chelameswar, who has since retired, Ranjan Gogoi, who is the current Chief Justice, and Madan Lokur--staged an open revolt against the then CJI Misra by convening a press conference on January 12 to flag their concerns about alleged preferential allocation of sensitive cases to judges low down on the top court's hierarchy.