Complaint Against Arvind Kejriwal In Bihar Court Over Healthcare Remarks

Chief Minister Arvind Kejriwal has recently said that "people from outside" are landing up in Delhi to avail of the free medical benefits meant for those living in the capital. 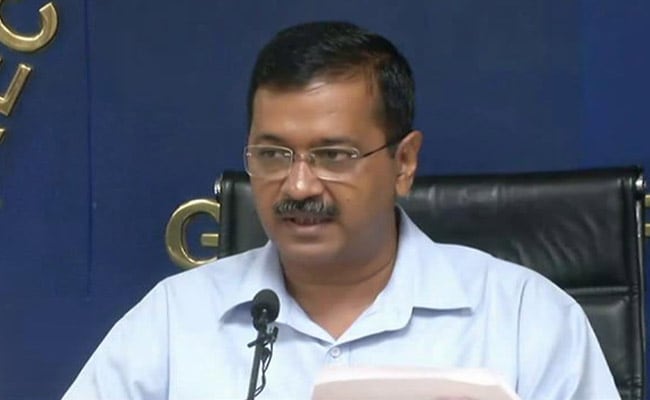 The complainant said that he "felt hurt" by Arvind Kejriwal's remarks. (File photo)

A criminal complaint has been filed in a court in Hajipur against Delhi Chief Minister Arvind Kejriwal over his recent remarks that people from Bihar visit the national capital for free medical treatment.

The complainant, Nitish Kumar, who is a social activist, filed his petition on Wednesday before the court of Chief Judicial Magistrate Prem Chandra Verma, who in turn referred the matter to the judicial magistrate for further hearing.

According to a report, Mr Kejriwal had said that people from Bihar visit Delhi by purchasing a ticket of Rs 500 and go back after availing free medical treatment worth Rs 5 lakh, Mr Bharti said.

The petition said the Delhi chief minster "has behaved irresponsibly and tried to vitiate the peace, unity, sovereignty and harmony of the country and the state".

The plea sought a direction for initiating action against Mr Kejriwal under various sections of the Indian Penal Code, including 153A (promoting enmity between different groups on grounds of religion, race, place of birth, residence, language, and doing acts prejudicial to maintenance of harmony) and 153B (imputations, assertions prejudicial to national integration).

Earlier this month, advocate Sudhir Kumar Ojha had also filed a petition in the matter before the Muzaffarpur civil court, seeking directions to the police to file an FIR against Mr Kejriwal for his statement.

Addressing an event in Delhi last month, Mr Kejriwal said: "The situation is such that a person from Bihar buys a ticket to Delhi for Rs. 500 and returns after availing free treatment worth Rs. 5 lakh. It makes us happy as they are people of our own country, but Delhi has its own capacity."