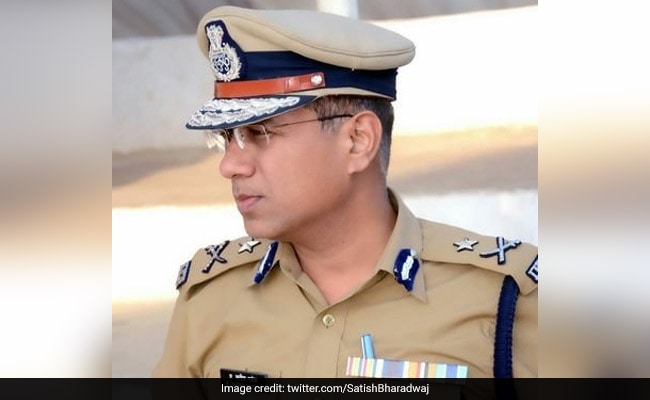 This is the best ever accolade a police officer can get: A Satish Ganesh

Cash rewards for gallantry is not uncommon for those in uniform but a senior Uttar Pradesh cop was bowled over when he received a cheque of Rs 500 and a letter of appreciation, not from his bosses but a common man.

Inspector General of Police (Agra range) A Satish Ganesh found an envelope carrying the letter, titled "Prashansha Praman Patra" (letter of appreciation), and the cheque while going through his routine mails on Thursday.

The letter, sent by Vijay Pal Singh of Etah, lauded the 1996-batch IPS officer for his style of work. It also cited an incident when he posed as a colonel and went to the Highway police station in Mathura to lodge a complaint for laptop theft to check police response.

"It is commonly seen that policemen hesitate in registering FIRs of the poor and insult them. I am happy with your working style and am enclosing a cheque for Rs 500 cheque with this letter," Mr Singh said in the letter.

The highly decorated officer said the commendation letter was the best accolade a police officer can get and is worth its weight in gold.

"In my 23 years of policing career I have received many medals, awards and letters of appreciation. But this is ultimate. This is the best ever accolade a police officer can get. It is worth its weight in gold," Ganesh told PTI.

"These little gestures of the public, whom I serve, propel me to work tirelessly...," the IG said, adding that he will keep both the letter and cheque for posterity.