Heavy rainfall occurred in the mountains around the holy cave shrine yesterday afternoon due to which the yatra had been temporarily suspended. 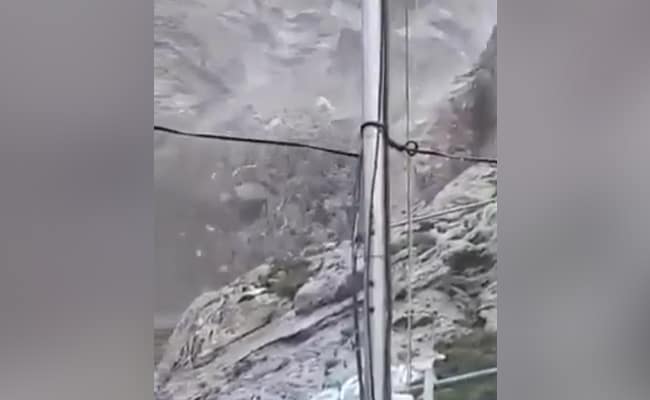 The yatra was temporarily suspended after the heavy rains yesterday.

A senior Jammu and Kashmir disaster management official today apologised for posting a video on social media saying that about 4,000 pilgrims were shifted to safety from near the holy cave shrine of Amarnath after a cloudburst triggered flash floods

"I tender an unconditional apology for the goof up. I was misled by some unscrupulous person with an old video," said the official.

Officials say there were heavy rains at the cave shrine yesterday and only 500 pilgrims were present there. "Pilgrims were asked to move to safer places. The total number of pilgrims was only around 500. There was no rescue operation as such," said a senior official.

The yatra was temporarily suspended after the heavy rains.

The Amarnath yatra to the 3,880-metre-high cave shrine of Lord Shiva, located in the upper reaches of the Himalayas, is prone to frequent rainfall and receives heavy snow during winters.

The 43-day Amarnath yatra began after a gap of three years on June 30. In 2019, the yatra was cancelled midway ahead of the Centre scrapping Article 370 provisions of the Constitution. The pilgrimage did not take place in 2020 and 2021 due to the Covid pandemic.