In a letter, Nationalist Congress Party (NCP) member Satish Chavan has urged Maharashtra Chief Minister Uddhav Thackeray to allow the resumption of schools and colleges with a 50 per cent capacity. 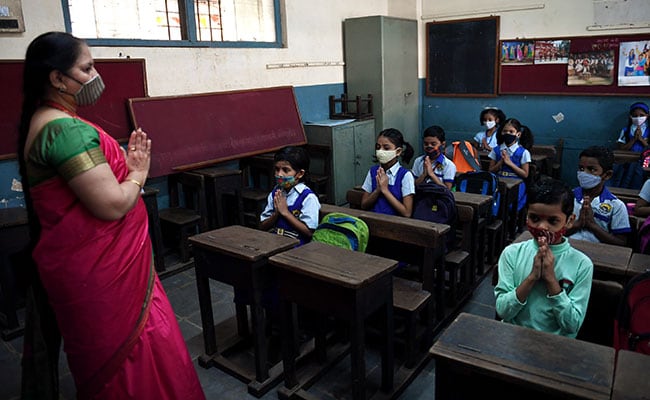 Due to the surge in Covid cases, schools in Maharashtra are shut till February 15. (Representational)

A Maharashtra Legislative Council (MLC) member from Aurangabad has written to Maharashtra Chief Minister Uddhav Thackeray requesting him to rethink the closure of schools and colleges, which he claimed is forcing boys to work in fields while girls are being married off at an early age by their parents.

In a letter, the MLC has urged the chief minister to allow the resumption of schools and colleges with a 50 per cent capacity.

In view of the surge in COVID-19 cases, schools in Maharashtra are shut till February 15 and classes are being conducted online.

The Marathwada Graduates' Constituency MLC Satish Chavan, who belongs to the Nationalist Congress Party (NCP) has claimed that the closure of schools and colleges is affecting the education of students.

The NCP is one of the constituents of the Shiv Sena-led Maha Vikas Aghadi (MVA) government.

He claimed in a release that due to a break in the education session, boys are going to work in fields while girls are being married off at an early age by their parents.

He stated that since schools and colleges remain closed, the move is negatively impacting the writing and reading skills of students and also their knowledge gaining skills.

The MLC said that questions are being raised over how malls, hotels, and cinema halls are being allowed to function with a 50% capacity in Maharashtra.

A day earlier, Maharashtra Health Minister Rajesh Tope had said that the demand for reopening of schools will be considered after the next 10-15 days as there is a low incidence of coronavirus infection in children and as students are suffering education loss.

He also said the final decision will be taken by Maharashtra Chief Minister Uddhav Thackeray.