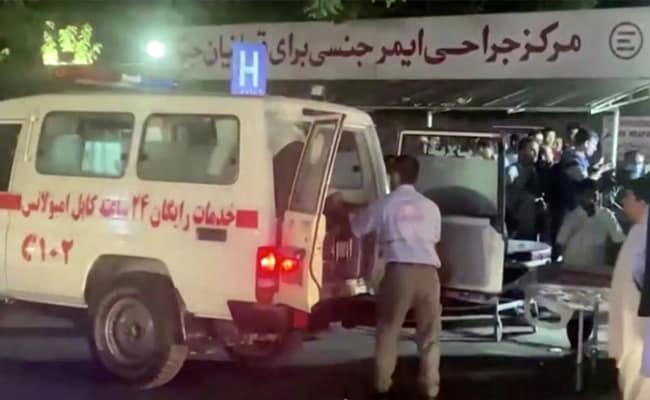 Pt Abhishek Adhikari said he was trying to contact his students after hearing about the Kabul blast.

Classical Indian music instrumentalist couple Pt Abhishek Adhikari and Dr Murchana Adhikary Barthakur, who taught sitar and sarod to their students in Afghanistan, are now living with worries for their students after the Taliban takeover of the country and the deadly explosion at Kabul Airport.

They are in touch with some of their Afghan students through Facebook messenger.

The couple had been associated with the Afghan government-run institute of instrumental music,  Afghanistan National Institute of Music, from 2012 till 2019 October and afterwards quit the institute and returned to India.

After 2019, at personal initiative, the duo continued to impart online music classes to eager students in Kabul till things came to a standstill due to Taliban takeover of Kabul in mid-August.

Pt Abhishek told PTI from somewhere in north India, "Our students are scared to practice or listen to music as Taliban is against music. Secretly few of my students living in the same neighbourhood gathered at one's residence to listen to Indian classical music audio kept with them. They did that after closing the door and windows and ensuring not a single decibel goes out."

The music teacher couple, who had been visiting the Kabul Institute twice a year from 2012 and from 2015 onwards shifted there till the 2019 departure, said they have asked the students to be careful about their safety,

Stating he was trying to contact his students after hearing about the deadly airport blast on Thursday, Pt Adhikari said his worries have increased about the safety and well being of the well wishers and friends based there.

"Till now my students are safe. I had immediately contacted them after getting to know about the blast at Kabul Airport. But I am trying to get more updates," he informed.

The musician said he had been told by the institute director the other day that he wishes all the music teachers and students can leave Kabul but that seems to be fraught with uncertainty currently as the Taliban doesn't want Afghan nationals to leave.

He said that going by the reports pouring in from there in the past few days, it seems even if there are "moderate voices", that has been "taken over by the hardliners who strictly believe that music and art should not be practised and women should live indoors".

The institute had around 350 students interested in Indian classical instrumentals.