Cities in India Among the Most Polluted, WHO Says 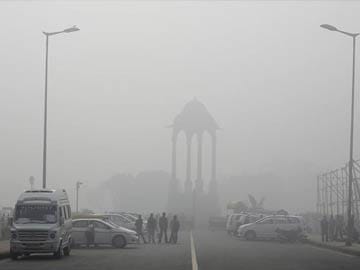 New Delhi: An international effort to quantify air pollution levels has found that New Delhi's air is the most polluted in the world, followed by that of three other cities in India's central Hindi belt.

The findings by the World Health Organization confirm those of other experts, who for years have been puzzled about why so much international attention has focused on Beijing's troubled air quality rather than on what some say are equal or worse problems in South Asia.

"I am shocked at the extent of the problem they found in India," said Dr. Sundeep Salvi, director of the Chest Research Foundation in Pune, India. "This is incredibly bad, and there is a complete lack of awareness about it both amongst policymakers and the common man."

Thursday was typical in Delhi. The sun took much of the morning to penetrate the haze, and air quality machines measured levels of PM2.5 - the small particles considered among the most dangerous for lung health - exceeding 350. That is one of the highest levels recorded in Asia on Thursday and twice as high as Beijing's peak for the morning, according to a Twitter post by the U.S. Embassy in the Chinese capital.

In Beijing, a pollution level as high as Delhi's would most likely have caused widespread concern. But in Delhi, almost no one seemed to notice. Few people here wear the filter masks that sometimes appear in Beijing, and even the wealthy rarely own air purifiers that are used widely in East Asia - because few are even aware of the problem.

India is in the midst of national elections, and air pollution is rarely mentioned by leading politicians. At a recent embassy party here, several people expressed astonishment that New Delhi's air was considered dangerous. One of the women, a marathon runner who jogs through Delhi's streets daily, said she had never noticed any problem with the air.

The WHO found that the annual mean for PM2.5 concentrations in Delhi was 153. Patna, Gwalior and Raipur followed Delhi for the worst air pollution readings. Delhi's reading was almost three times that of Beijing, whose annual mean in the report was 59.

There is no acceptable level of PM2.5, according to the U.S. Environmental Protection Agency.

A January story in The New York Times, which found that Delhi's air was at least twice as bad as Beijing's, led to weeks of headlines in India's largest newspapers and fierce denials among government officials. In the wake of the story, the Supreme Court of India agreed to consider a lawsuit demanding that action be taken to reduce smog.

Gufran Beig of the government-run System of Air Quality Weather Forecasting and Research said Thursday in an interview that the annual mean provided for Delhi in the report was incorrect.

"Our levels are comparable with those of other cities," he said. "Delhi's air quality is better than Beijing's in summer and much better in monsoon season."

A host of other officials, including the chairman of the Central Pollution Control Board, were either unavailable for comment or said Thursday that they were not authorized to speak publicly on the issue.

Air pollution killed about 7 million people globally in 2012, making it the world's biggest environmental health risk, the WHO reported last month. Some 80 percent of those deaths came from heart attacks and strokes, although air pollution also causes an increase in lung cancer deaths.

Carlos Dora, coordinator of health and environment at the WHO, said that most Asians should be concerned.

"The levels of air quality which we see in India, Pakistan, Iran and China are very worrying," he said. "Air pollution has a huge impact on human health."

The WHO study of 1,600 cities found that in the cities that had provided data for a similar but smaller study in 2011, air quality had mostly deteriorated in the intervening years. The growing use of coal-fired power plants, cars and dung fuel for cooking are some of the principal causes of worsening air pollution, the organization said.

The study's comparisons were somewhat confounded because the Chinese data were from 2010, the most recent numbers made available by China. Pollution levels have since risen in China. Also, the WHO was unable to collect data from most of the world's cities. Just six cities in Africa were represented in the analysis, Dora said.

But in addition to The Times' analysis, a recent study published by Scientific American found that Delhi's air is far worse than Beijing's.

China's extensive pollution problems have grown out of efforts by the country's leaders to develop manufacturing and industrial capacity no matter the cost. But India has little to show for its toxic air. The country's economy is sputtering, its small manufacturing sector has been shrinking, and efforts to build roads and open coal and metal mines have foundered on corruption and environmental concerns. Pakistan, which had three cities among the world's 10 most polluted, has even less to show for its pollution levels, as economic growth there has been well below India's for decades.

Anurag Agrawal, a pulmonary physician and researcher based in New Delhi, said he had a patient Wednesday whose asthma had become so bad in recent years that he must take high doses of steroids to keep it under control, although when he leaves India his symptoms disappear.

Promoted
Listen to the latest songs, only on JioSaavn.com
"So I told him that he should seriously consider changing the place he lived," Agrawal said. "And he said he would not even consider moving."