"The Chinese military helicopters were flying very close to the Line of Actual Control. After their movement was picked up, the Indian Air Force fighter jets flew patrols in the area," government sources told news agency ANI. 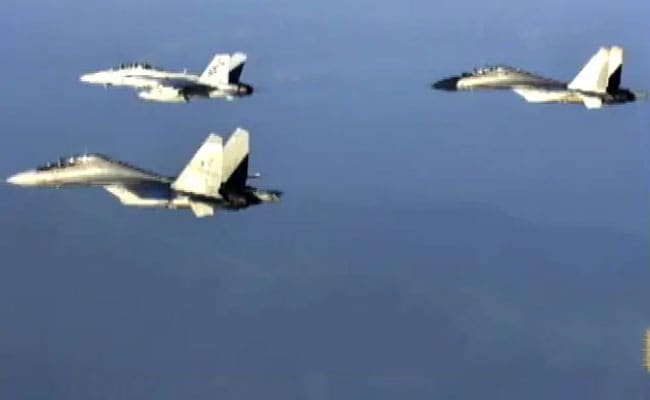 After the scuffle between the Chinese People's Liberation Army troops and Indian troops along the LAC in North Sikkim which led to injuries on both sides, China appears to be continuing on the path of belligerence towards India, this time along the Line of Actual Control in Ladakh.

In what appears to be a multi-front deliberate ploy by China to keep India on its toes the Indian Air Force was forced to rush its fighter jet patrols in Ladakh after Chinese military choppers were found to be flying close to the Line of Actual Control. This incident happened last week, around the same time the PLA troops and Indian army forces came to blows in the upper reaches of North Sikkim.

"The Chinese military helicopters were flying very close to the Line of Actual Control. After their movement was picked up, the Indian Air Force fighter jets flew patrols in the area," government sources told ANI here.

Government sources who requested anonymity due to knowledge of frontline operations, informed that the Chinese choppers did not cross the LAC into Indian territory in that particular area, they said.

The Indian Air Force frequently flies its Sukhoi 30MKI fighter aircraft fleet from Leh air base in Ladakh along with other planes.

The Indian Air Force has two main bases in the Ladakh union territory including the Leh and the Thoise airbase where fighter jets are not deployed permanently but detachments from combat aircraft squadrons are operational throughout the year.

There have been several occasions in the past when Chinese military helicopters have entered Indian airspace in the Ladakh sector and deliberately left behind tell-tale signs to stake claim on areas which are part of India. The LAC in this location, like in other parts of the India-China border in the country, is poorly demarcated, hence incursions sometimes are inadvertent as well.

However, the scuffle with Indian troops in North Sikkim was a new front opened up by China which was a cause for concern. Ever since the outbreak of Covid-19, Chinese President Xi Jinping is under immense pressure to increase transparency in his country and reveal the real origin of the virus, which some have speculated emanated from a lab in China''s Wuhan. Trade wars with countries like USA and Australia have intensified and most multi-national companies have actively begun looking for manufacturing alternative, India being one such preferred destination.

Security sources speculated that this could be the reason behind China's new aggression. Similar muscle flexing was also seen recently when PLA Navy boats entered into disputed waters in the South China Sea.