Relationship between India and Pakistan got strained in the aftermath of Pulwama terror attack in February that left 40 CRPF personnel dead. 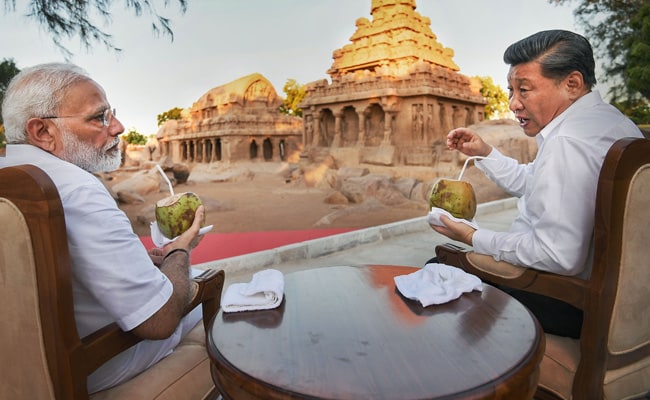 China wants India and Pakistan to have good relations and join hands for promoting peace and stability in the region, said Chinese Ambassador to India Sun Weidong.

Relationship between India and Pakistan got strained in the aftermath of Pulwama terror attack in February that left 40 CRPF personnel dead.

Pakistan-based Jaish-e-Mohammed claimed responsibility of the attack, following which India destroyed their terror camp at Balakot in Pakistan, in an aerial strike on February 26.

The relations between the two countries got further strained when Pakistan objected to the removal of special status on Jammu and Kashmir under Article 370. Islamabad even downgraded the diplomatic relations with New Delhi.

Despite their repeated attempts to highlight the issue, Pakistan was isolated globally and found little support on the issue, while all the major world powers including Russia, France, US endorsed India's stand that centre's move on Jammu and Kashmir was India's internal matter.

Before Chinese President Xi Jinping's visit to India, Pakistani Prime Minister Imran Khan had also visited Beijing along with his Army Chief and raised the issues of Kashmir and CPEC during his engagements.

India has consistently maintained that talks and terror cannot go hand in hand. Therefore, China's pitch to revive India-Pakistan relations is unlikely to yield any outcomes in the present scenario.

Interestingly, Pakistan has announced that it is going to host SAARC summit in which India will also be invited as a member country. However, earlier also Pakistan's efforts to draw consensus on full participation in the South Asian regional forum failed to yield results.

Chinese envoy to India also said that during the recently concluded informal talks between Chinese President Xi Jinping and Prime Minister Narendra Modi, China also proposed expanding the scope of dialogue in order to extend cooperation in the region.

"The Chinese side also put forward its proposition on promoting cooperation under the "China-India+" mechanism, that is to extend the cooperation model to other countries in South Asia, Southeast Asia and Africa on the basis of the "China-India + Afghanistan" cooperation," the official said.

He also said that closer cooperation between China and India will have an important and positive impact on the building of a fair and equitable international order.