China to Supply 1,000 Tonnes Fuel to Nepal Amid Trade Hold-Up with India 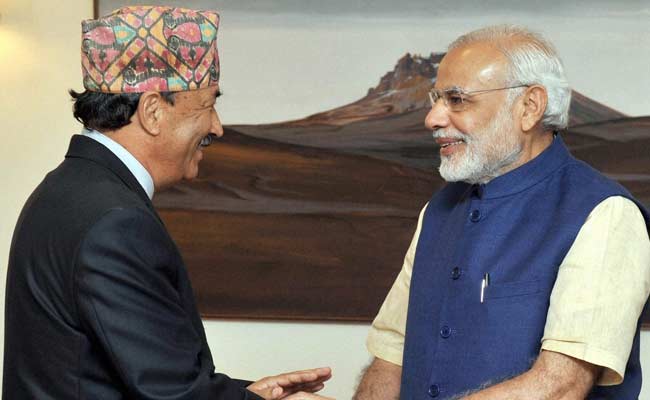 Kathmandu: While India and Nepal are facing strained ties over trade due to protests from the Madhesi community, China may supply a 1,000 metric tonnes of fuel to Nepal.

The first shipment from China is expected to arrive in the Nepalese capital Kathmandu in a few days, said sources at state-owned Nepal Oil Corporation (NOC).

Nepal's new government has mobilised various agencies to bring fuel and cooking gas from China in the wake of shortage of essential goods during festivals due to the Madhesi-led agitation in the southern plains.

"Government of China had in the recent past expressed commitment to provide 1,000 metric tonnes of fuel to Nepal on grant basis and the same is being materialised now," Pramod Dahal, Prime Minister's press advisor, told news agency Press Trust of India.

He said the government has decided to give a no-objection letter to private firms to import oil from China.

Until recently the NOC had a monopoly to import petroleum products from Indian Oil Corporation. The Nepal government ended that monopoly by authorising private parties to import fuel.

Nepalese Prime Minister K P Oli and Prachanda have separately met Chinese Ambassador to Nepal Wu Chuntai and made requests in this regard.

A six-member team from the NOC led by its Deputy General Manager Sushil Kumar Bhattarai has reached Sigatse in Tibet to discuss fuel import with Chinese officials, the sources said. Another high-level team from Nepal consisting officials from various ministries will soon leave for Beijing to sign a deal in this regard.

The first shipment will be dispatched to Kathmandu via the reopened Rasuwagadhi-Kerung trading point between Nepal and Tibet. The route along the trading point on both sides of the border was badly damaged in the massive earthquake in April. Nepal and China have also recently reopened two border check points -- Tatopani and Kerung.

Nepal is facing an acute shortage of petroleum products after the Madhesi community - people of Indian origin living in Nepal's Terai region - have blocked key trade points on Indo-Nepal borders for over a month now, cutting supply from the Indian side. Madhesis say Nepal's new Constitution ignores their rights and interests by dividing the country into seven new regions.

"He Who Leaves Under Enforcement Directorate Pressure...": Shiv Sena's Dig At Rebel