China slams Japan for attempting to turn India against it 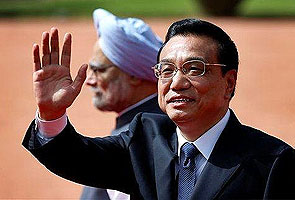 As Prime Minister Manmohan Singh undertook a visit to Tokyo amid reports of defence deals between the two sides, the ruling Communist Party's mouthpiece, the People's Daily, today lashed out at Japanese politicians, terming them as "petty burglars" on China related issues.

China is locked in a maritime dispute with Japan and the two countries are currently at loggerheads over the disputed islands in the resource-rich East China Sea.

"Before Premier Li Keqiang's visit, the China-India border standoff was hyped up by international media.

The divergence and contradictions between the two countries were also exaggerated as if the Sino-Indian ties had been strained suddenly," said in an article titled 'Sino-Indian diplomatic miracle embarrasses Japanese politicians'.

"But what surprised the media was that China and India properly solved the issue in a short time. During Li's visit the top leaders of both countries had sincere and candid talks and came to a series of strategic consensus and cooperation.

The shift of Sino-Indian ties in such a short time is a miracle.

"In the development of Sino-Indian ties there are several divergence and contradictions. Some countries see these differences as an opportunity to provoke dissension," it said.

"China and India have great vision and great wisdom," it said, adding that "India's great wisdom lies in dealing with ties with China in a calm way, undisturbed by internal and international provocateurs."

Referring to Japanese Prime Minister Shinzo Abe call to Japan, India, Australia and the US to jointly form a "Democratic Security Diamond" to compete with the ascendant China, the paper said Abe also made visits to countries in China's neighbourhood.

"Some politicians just made themselves petty burglars on China-related issues," it said.

"The so-called 'Democratic Security Diamond', 'Strategic Diplomacy' and 'Values Diplomacy' among other new terms seem very strategic. But in fact they unveiled the narrow-minded diplomatic thoughts of Japanese government. The conspiracy of these petty burglars is doomed to fail," it said.

Its sister publication, Global Times highlighted the reports of India and Japan close to signing a deal to supply amphibious US-2 planes to India during the visit of Singh.

Lu Yaodong, a researcher at the Institute of Japanese Studies at the Chinese Academy of Social Sciences, suggested it would mark a strengthening of the alliance between Japan and India in terms of defence and military cooperation, and that Japan is trying to take advantage of the border conflicts between India and China and to contain the latter with the possible sale.