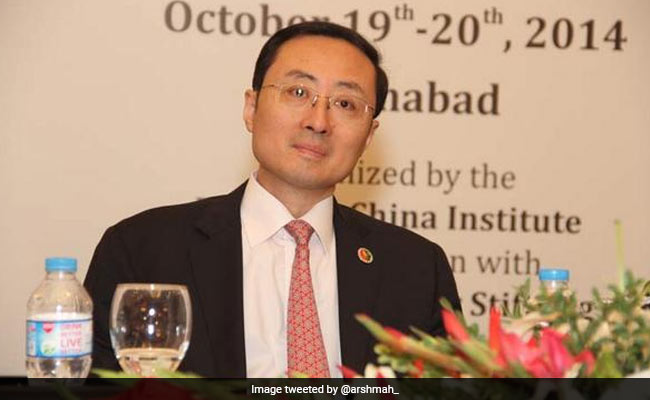 China on Tuesday recounted the 2003 visit of India's then Defence Minister George Fernandes to the country when it was reeling under SARS epidemic even as it urged New Delhi to review restrictions imposed on trade and movement of people between the two countries in the wake of the coronavirus outbreak.

Chinese Ambassador Sun Weidong referred to the gesture by Mr Fernandes, who was a minister in the Atal Bihari Vajpayee government, while briefing journalists about the way China was dealing with the coronavirus outbreak.

The Envoy said he was a director in the Asian Department of the Chinese Foreign Ministry when Mr Fernandes visited China during the SARS (severe acute respiratory syndrome) epidemic and explained how he was impressed by the Indian defence minister's approach towards China when it was facing a serious public health issue.

"At that time, I received a delegation led by then-Indian Defence Minister George Fernandes who visited Shanghai during the epidemic. In an interview with PTI, he criticised the foreign media for exaggerating epidemic and creating panic among the public," mr Sun said.

"When a journalist asked him if he was afraid of being infected, he responded that even Chinese people are not afraid, why should I be afraid," he added.

"This sort of act of kindness will never be forgotten by the Chinese people," Mr Sun said.

Over 800 people died in China of infections due to respiratory virus called severe acute respiratory syndrome (SARS) in 2003.

In the briefing, the envoy urged India to review restrictions it has imposed on movement of people and trade in the wake of the coronavirus outbreak.

"We hope the Indian side could review the epidemic situation in an objective, rational and calm manner, implement the consensus and instructions of the two leaders (Prime Minister Narendra Modi and Chinese President Xi Jinping)," he said.

He hoped that India will resume normal personnel exchanges and trade between the two countries.

"In this battle against the epidemic, we hope the other countries can support China. The earlier we win this battle, the earlier the supply chain will be resumed. The international community should work together and resume normal personnel and trade exchanges," Sun said.

The envoy said there was a huge scope for cooperation between India and China in the public health sector.

"China and India are the world's only two countries with more than one billion population. We are facing similar challenges in public health," he said.

"And there's a huge potential for cooperation. We are ready to explore opportunities with India for cooperation in areas of public health and science," he added.