Child Among 2 Killed in Crude Bomb Explosion in West Bengal 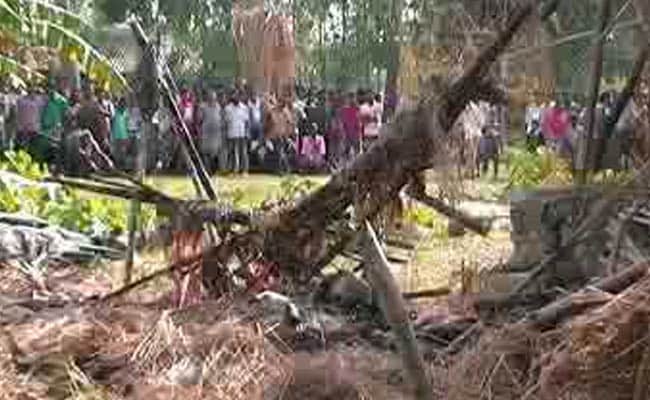 The ruins of the house where the crude bombs exploded.

Kolkata: Two persons were killed on the spot and a 12-year-old girl died in hospital after some crude bombs exploded at Sambhunaager village in the Sunderbans in West Bengal.

Explosions were heard around 12:30 pm in a house in the Gosaba police station limits of South 24 Parganas district. 20-year-old Abu Taleb Gayen and 35-year-old Mahidul Laskar died on the spot. 12-year-old Salma Laskar, who was playing outside the house, was seriously injured and rushed to Canning Hospital where she died. Two others, Selima Laskar, 15, and Karibulla Laskar, 7, are also injured and in hospital.

A bomb disposal squad arrived in the village around 6 pm. Police sources say crude bombs were either being made or were stored in the house when they exploded accidentally.