The top general, who inducted the Sukhoi-30 MKI squadron, was responding to a question about any possibility of war emerging between India and Pakistan. 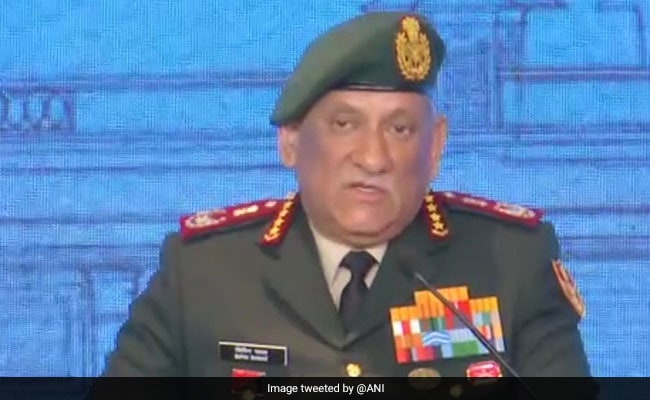 General Bipin Rawat on Monday said it was very difficult to predict if a scenario of a war with Pakistan.

Chief of Defence Staff General Bipin Rawat on Monday said it was very difficult to predict if a scenario of a war with Pakistan would emerge or not but all the defence services were prepared to take on any challenge.

The top general, who inducted the Sukhoi-30 MKI squadron, was responding to a question about any possibility of a war emerging between India and Pakistan.

"All the defence services are tasked to be prepared for any option that may emerge. It is very difficult to predict a scenario. But, we are always prepared for any task that may be assigned to us," Gen Rawat said.

The Chief of Defence Staff (CDS) said his new role was aimed at integrating defence systems and the three services (the Army, the Navy and the Indian Air Force).

It was for this reason the post of CDS was created, he said.

"...we will keep moving towards better integration and jointness," Mr Rawat, who was appointed the country's first Chief of Defence Staff on December 30 last year, added.

On strengthening the Air base, Air Chief Marshal Rakesh Kumar Singh Bhadauria said it will undertake the role of the southern peninsula's air defence.

The Indian Air Force commissioned a squadron of Sukhoi-30 MKI at the Air Force Station, the first such base in south India for the high profile fighter jets, seen as gamechanger in guarding the strategically important Indian Ocean Region (IOR).

The ''Tigersharks'' squadron of Sukhoi 30 MKI jets integrated with the BrahMos cruise missiles was inducted in the presence of the Air Chief and top officials.