Army Chief Visits Areas Along The Border In Jammu And Kashmir

During Chief of Army Staff (COAS) General Manoj Pande's visit, he was briefed by the local commanders on the existing security situation. 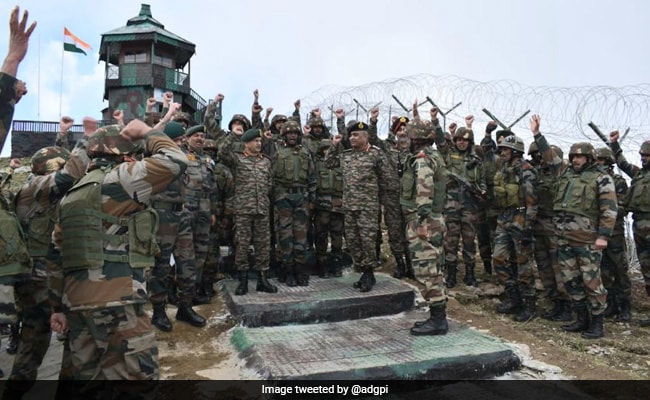 Chief of Army Staff (COAS) General Manoj Pande was briefed on the security situation in Kashmir.

Chief of Army Staff (COAS) General Manoj Pande who is on a two-day visit to Kashmir, visited forward areas along the Line of Control and formations in the hinterland on Sunday.

During his visit, he was briefed by the local commanders on the existing security situation.

"On the second day of his visit, General Manoj Pande, #COAS visited forward areas along Line of Control & formations in the hinterland and was briefed by the local Commanders on the existing security situation. #COAS exhorted All Ranks to keep working with the same zeal and enthusiasm," Additional Directorate General of Public Information (ADG PI-Indian Army) tweeted.

The COAS arrived in Srinagar on May 21, 2022. On arrival, the Army Chief, accompanied by Lt Gen Upendra Dwivedi, Northern Army Commander, and Lt Gen ADS Aujla, Chinar Corps Commander proceeded to undertake a first-hand assessment of formations along the Line of Control (LoC) in North Kashmir.

The Army Chief, while interacting with Formation Commanders, laid special emphasis on being vigilant and maintaining the sanctity of the Line of Control. During his interaction with the troops, the COAS complimented them for their high morale and professional competence.