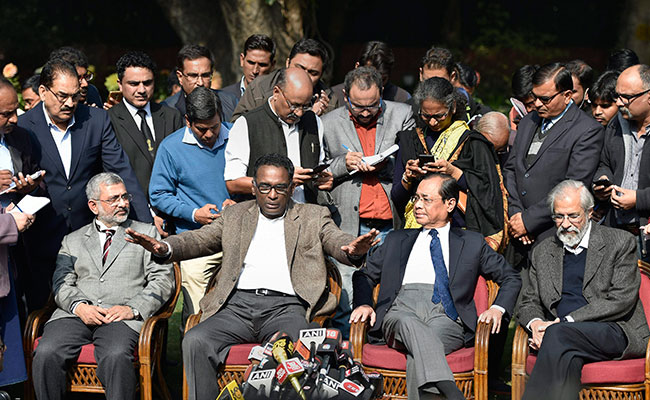 New Delhi: In an unprecedented move, four senior judges of the Top Court today took on the Chief Justice of India. The judges, who are next in seniority to the Chief Justice -- Justice J Chelameswar, Justice Ranjan Gogoi, Justice M B Lokur and Justice Kurian Joseph -- said they met the Chief Justice in the morning and handed him a letter signed by all four of them. Here are key five points from the letter that they released to the media.

Here are the top 5 quotes: