Chhattisgarh Chief Minister Bhupesh Baghel also transferred Rs 7.17 crore to 72,000 villagers including those engaged in rearing cattle for selling cow dung to gauthans, to be converted into fertiliser 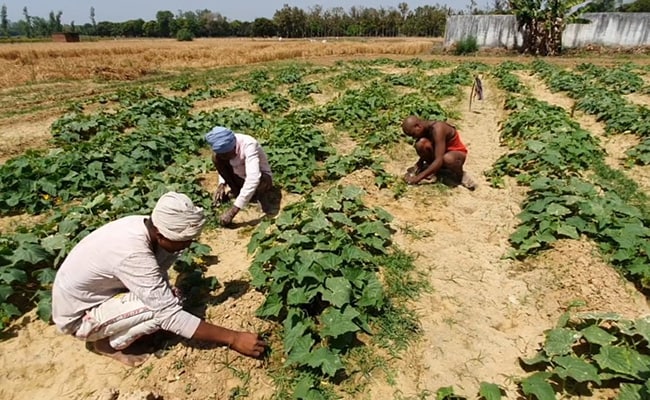 The Chhattisgarh government has spent Rs 1,500 crore in paying 22 lakh farmers directly into their bank accounts as input cost subsidy so that they can prepare to sow kharif or monsoon crop.

"Today, on the occasion of the martyrdom day of former Prime Minister Rajiv Gandhi, Chief Minister Bhupesh Baghel transferred an amount of Rs 1,500 crore as input subsidy directly into the bank accounts of 22 lakh farmers in the state, for preparations of the upcoming kharif season," the Chhattisgarh government said in a statement.

"The amount has been released to farmers as the first instalment of the Rajiv Gandhi Kisan Nyaya Yojana 2021. Under this scheme, a total of Rs 5,597 crore will be given to farmers of the state in four instalments as input subsidy," the statement said.

Mr Baghel also transferred Rs 7.17 crore to 72,000 villagers including those engaged in rearing cattle for selling cow dung to gauthans, to be converted into fertiliser, between March 15 and May 15.

The Chief Minister also inaugurated beautification work of a statue at Rajiv Gandhi Chowk in state capital Raipur. MLAs from all districts including MP PL Punia, district panchayat president and other public representatives participated in the programme online.

Mr Baghel said the input subsidy provided to farmers under the Rajiv Gandhi Kisaan Nyay Yojana has significantly improved agriculture and farming in the state.

Speaker Charan Das Mahant and PL Punia said the Chhattisgarh government has fulfilled its pro-people policies with commitment even in the face of adverse situations. He appreciated the state government's work and initiatives for welfare.

The Agriculture and Water Resources Minister in his welcome address said the Rajiv Gandhi Kisan Nyay Yojana is an important scheme for farmers of Chhattisgarh, and explained about the procurement of vermi compost in the state under Godhan Nyaya Yojana.