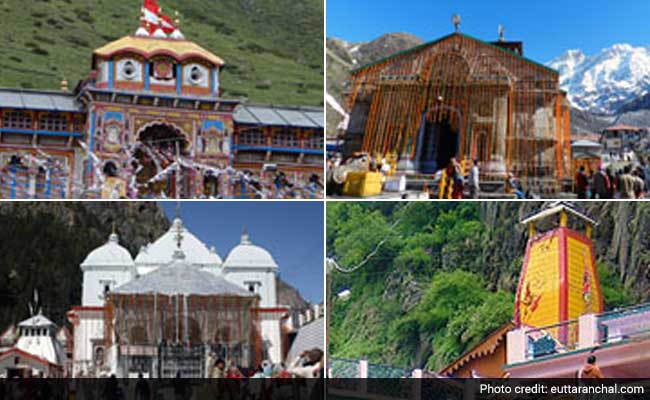 Closed for nearly six months, the shrines of Uttarakhand - better known as the Chardham  -  will re-open for pilgrims this coming week. While Yamnotri, Gangotri and Kedarnath open tomorrow (May 9),   Badrinath will open on May 11.

Along with the famous-four, the Sikh pilgrimage site of Hemkund Sahib will also open on May 25. Temples off the route dedicated to Lord Shiva such as Tungnath will re-open on May 11, followed by Rudranath on May 18 and Madmaheswar on May 20.

Traditionally, the world-famous Chardham pilgrimage comes to a halt towards first week of November when the shrines become inaccessible due to heavy snowfall.  Following spring, around Basant Panchami, dates for the re-opening of the shrines are announced as per ancient rites and rituals.

As the hill-state has been under President's Rule since March 28, Uttarakhand Governor KK Paul has taken a keen interest in the smooth running of the pilgrimage. He ordered officials in-charge to ensure that all facilities and road safety norms were in place before pilgrims started arriving in lakhs for the Chardham season that lasts for just over five months.