Chandrayaan 2: On September 10, ISRO had put out a statement saying lander Vikram has been located on the moon's surface by the lunar orbiter but that there has been no communication with it yet. 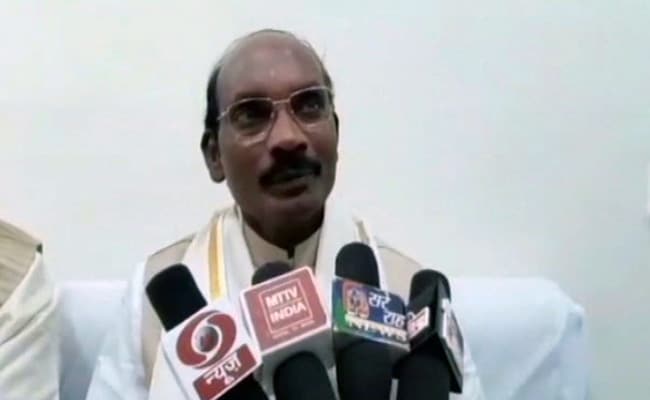 Chandrayaan 2: "Our own orbiter has located the site of the lander," ISRO chief Dr K Sivan said.

ISRO chief Dr K Sivan said the space agency's own orbiter had located the lander of Chandrayaan 2, India's ambitious moon mission. The statement from the country's top space scientist comes after US space agency NASA credited a Chennai-based engineer for alerting about the presence of the debris of the lander Vikram on the lunar surface.

"We don't want to tell anything on this one. After the landing date itself, our website had given that our own orbiter has located Vikram. We have already declared that on our website. You can go back and see...Our own orbiter has located the site of the lander," Dr Sivan told reporters on the sidelines of an event in Rajasthan's Kishangarh. However, "ISRO will not refute the claims made by the NASA," he said.

The Indian Space Research Organisation (ISRO) had lost contact with the lander Vikram following its launch from Chandraayan 2 moon orbiter on September 6 when it tried to make soft-landing near the moon's south pole.

On September 10, ISRO had put out a statement on its website saying lander Vikram has been located on the moon's surface by the lunar orbiter but that there has been no communication with it yet. The agency said "all possible efforts were being made to re-establish contact". Dr Sivan had earlier said that Vikram had made a "hard landing" and said the orbiter had managed to take thermal images of the lander.

Shanmuga Subramanian, a 33-year-old mechanical engineer from Chennai said he had alerted both ISRO and NASA about the presence of the lander's debris. "I did send a tweet to NASA and ISRO. I sent emails to a couple of NASA scientists. They were in charge of the LRO (Lunar Reconnaissance Orbiter) images. I got a good response from them," Mr Subramanian told NDTV on Tuesday.

"The debris first located by Shanmuga is about 750 meters northwest of the main crash site and was a single bright pixel identification in that first mosaic," NASA said in a statement on Tuesday.

A successful soft-landing on the moon's surface would have made the country only the fourth - after the United States, Russia and China - to achieve the feat.