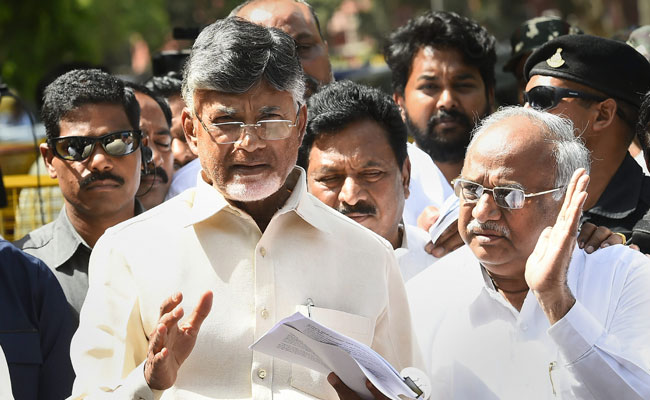 A letter written by Andhra Pradesh Chief Minister and TDP leader N Chandrababu Naidu to the Election Commission of India (ECI) reads, "Whether it is unilateral transfer of the DG Intelligence (who was also in charge of the security of Honourable CM's Z plus security) or the unilateral transfer of Superintendents of Police of various districts or the transfer of Chief Secretary without seeking a panel from the state government, the ECI acted on the frivolous and frequent complaints by office bearers of opposition party in Andhra Pradesh i.e. YSRCP."

"The CEO, Andhra Pradesh reportedly mentioned that the Chief Minister does not have powers to review the departments. Newspapers of Andhra Pradesh and news channels too have carried out these comments of CEO, Andhra Pradesh and gave wide publicity, disturbing not only the People's perception over the democratic governance but also the established conventions of Democratic Polity. CEO's reported comments are without any jurisdiction as there is no such provision in Model Code of Conduct that the Chief Minister cannot hold review meetings."

"Though I am duty bound and empowered to conduct review meetings, I am constrained by the embarrassing apprehensions faced by the concerned participating officers due to the reported misinformation spread by the CEO in the media. He is exceeding his jurisdiction. He has also instructed Additional DG (Intelligence) who works directly under the control of Chief Minister not to report to the Chief Minister," the letter said.