Cervical Cancer Vaccine, Made In India, To Be Available Soon At Rs 200-400 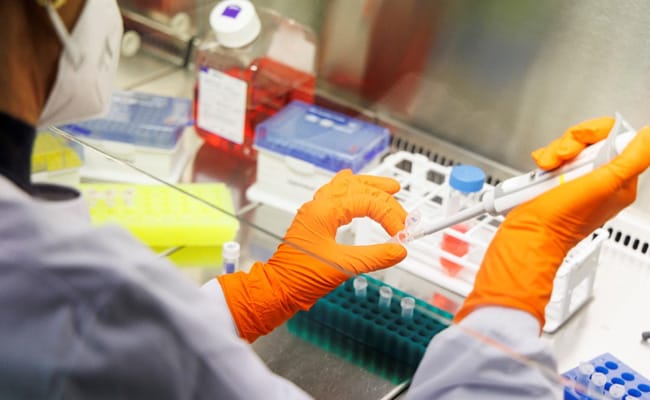 Cervical Cancer Vaccine: It will be launched by the end of the year. (Representational)

India's first indigenously developed quadrivalent Human Papilloma Virus (HPV) vaccine for the prevention of cervical cancer will be launched in a few months and made available to the people in the affordable price range of Rs 200-400.

Speaking at the event, Mr Singh said Covid has raised awareness about preventive healthcare leading to the development of vaccines like the one against cervical cancer.

"The schemes like Ayushman Bharat have made us think about preventive healthcare and we can now afford it. The Department of Biotechnology has taken a lead in the matter and are in collaborative mode," he said.

"Scientific efforts at times do not get the scale of recognition they deserve. So this event is to celebrate that scientific completion," he said.

CEO of the Serum Institute of India (SII) Adar Poonawalla, who was also present, told reporters on the sidelines of the event, "The cervical cancer vaccine will be affordable and would be available in the range of Rs 200-400. However, the final price is yet to be decided".

Mr Poonawalla said the vaccine will be possibly launched by the end of the year.

First the vaccine would be made available through the government channel and from next year onwards some private partners would be involved too, he said.

Mr Poonawalla also said that a plan to make 200 million doses is in place and first the vaccine would be given in India and only after that it will be exported to other countries.

Rajesh Gokhale, Department of Biotechnology Secretary, said over 2000 volunteers participated across the country for this vaccine.

"Partnerships between private-public are becoming very important in such research, this co-creation is what is going to make all the difference in the world," he said.

Dr N Kalaiselvi, Director General, CSIR said this is the first stepping stone and research in the field and it will further continue.

"This government has taken the most amount of care to come up with this type of innovation, making us 'atmanirbhar'," she said.

According to the officials, the qHPV vaccine CERVAVAC has demonstrated robust antibody response that is nearly 1,000 times higher than the baseline against all targeted HPV types and in all dose and age groups.

Cervical cancer in India ranks as the second most frequent cancer among women between 15 and 44 years of age.

The Drugs Controller General of India (DCGI) had in July granted market authorisation to the SII to manufacture the vaccine for cervical cancer.