Centre's Conspiracy To "Bleed And Shut Down" HAL, Say Employees 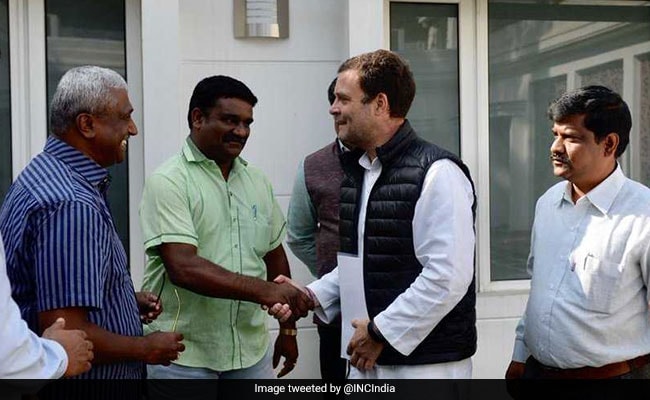 A group of Hindustan Aeronautics Limited (HAL) employees today alleged a conspiracy by the NDA government to "bleed and shut down" the state-run aerospace major, and demanded it be given the contract for making the remaining tranche of 90 Rafale aircraft under Transfer of Technology (ToT) route.

After meeting Congress President Rahul Gandhi over the issue, the employees accused Defence Minister Nirmala Sitharaman of "attempting to build a false narrative" that HAL is incapable of building the Rafale fighter jet.

Alleging graft in the deal, Mr Gandhi has been accusing the government of overlooking the HAL by giving preference to Reliance Defence. The government has rejected all allegations.

"The book order to HAL was Rs 61,000 crore up to March 31, 2018. Approximately, Rs 67,000 crore worth of order has been delivered from 2014-18. Hence, the total amount of order is Rs 1,28,000 crore," Renuka S, ex-general secretary and former chief convenor of the All India Hindustan Aeronautics Ltd Trade Union Coordination Committee, said.

He said the NDA government has made no investments in the PSU and has instead "siphoned" off money in terms of buyback and dividends from the PSU.

"There is a systematic conspiracy to bleed and shut down HAL by the present government. The present government has paid Rs 20,000 crore in advance for buying the Rafale to Dassault Aiavtion without delivery of a single aircraft. On the other hand, HAL has not been paid Rs 14,000 crore for aircraft, helicopters that have already been delivered," he said.

Asked about the purpose of meeting Mr Gandhi, he said they approached the Congress chief after their grievances were not heard by the government.