The Supreme Court had asked the centre last month whether it was trying to create a surveillance state with moves to monitor and influence social media.

Between 2014 and 2018, the government made at least seven attempts to hire private firms to monitor social media users, an NDTV investigation has found.

In May this year, media reports had highlighted one such tender floated by the central government on April 25, 2018, leading to a petition in the Supreme Court. The government withdrew the proposal after the court said the move would lead to a "surveillance state". 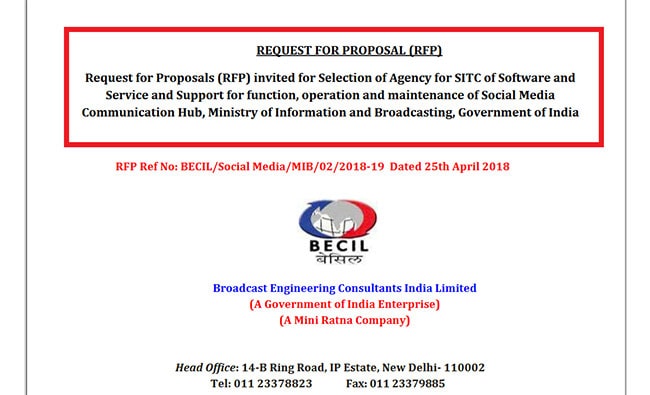 Another similar proposal for social media monitoring by Unique Identification Authority of India on "neutralizing negative sentiments" on Aadhaar, floated on 18 July, 2018 is also being opposed in the Supreme Court, the first hearing for which will take place this Friday. 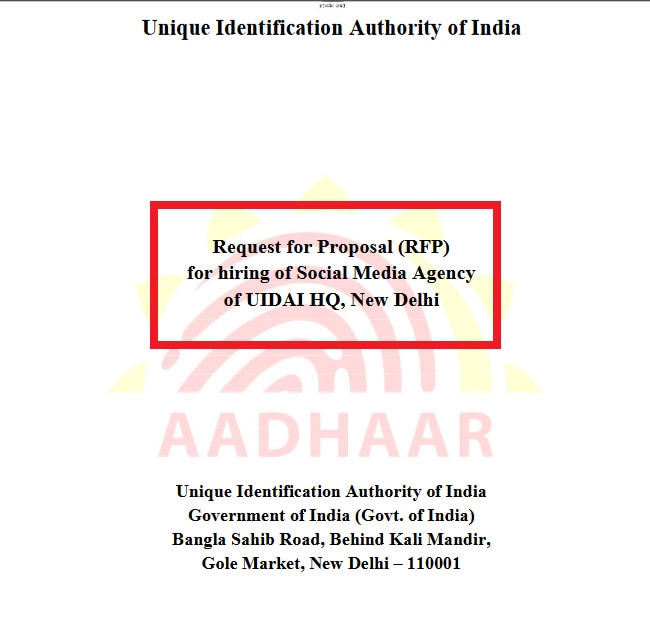 But NDTV has found that that the instances of the government's attempts to hire such firms go back to 2014, soon after it came to power.

The first tender was floated on December 1, 2014 by the Ministry of External Affairs and asks for "production of special media monitoring folders on writings of a particular journalist". 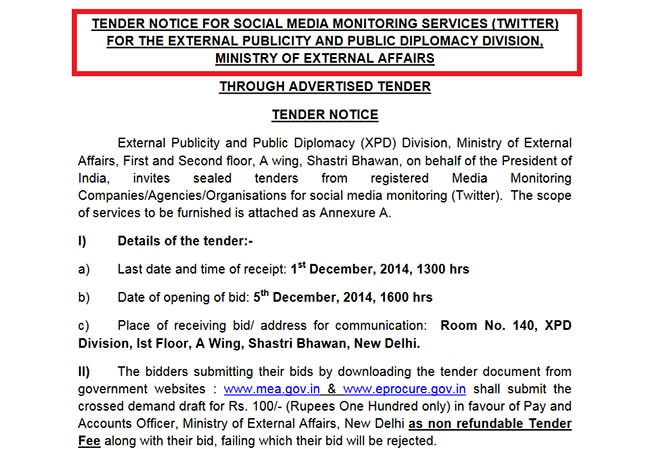 Issued by Ministry of External Affairs

The second tender was floated a year later on December 3, 2015 by the Ministry of Information and Broadcasting and stated, "Monitor individual social media user / account". 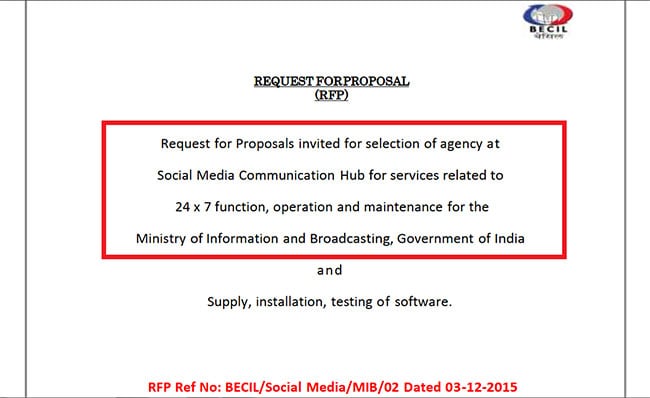 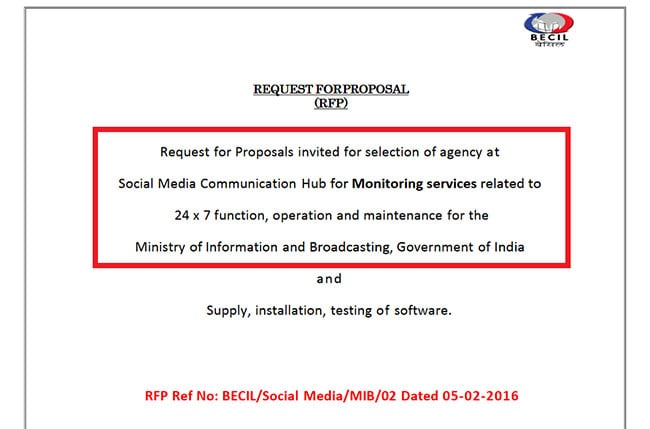 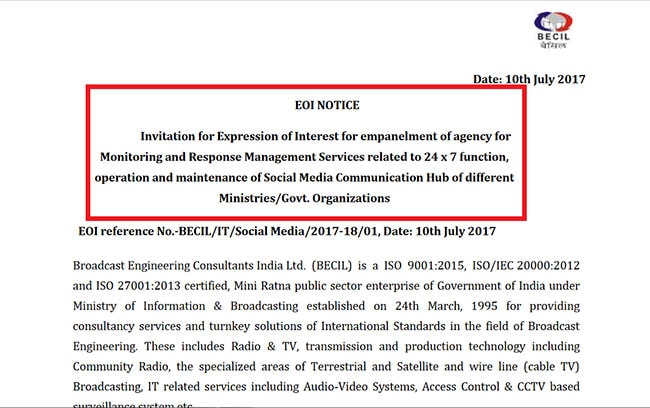 On May 16, 2016, a tender was floated by the Ministry of Communication and Information Technology and asks for "drafting a plan to work out and neutralise negative sentiments". 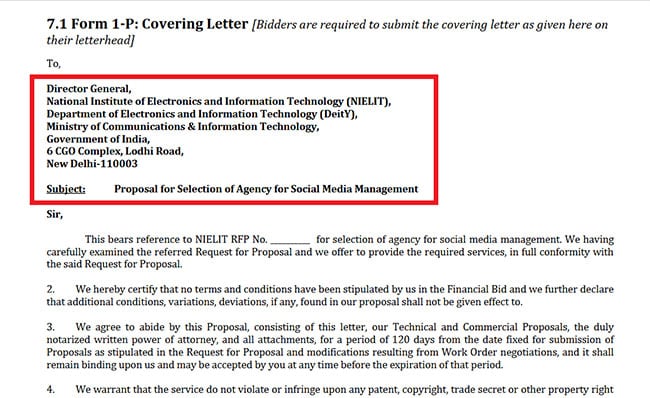 Issued by Ministry of Communications and Information Technology

When NDTV contacted the Information and Broadcasting Ministry for a response, Arun Kumar, Deputy Director of the Media and Communication division, said, "I will forward your queries to the senior officials and will get back to you if they reply."

Experts say that even though the government has backed out for now, just the fact that they kept trying shows an intent towards mass surveillance.

Internet policy expert Amba Kak said, "A tool like this is definitely aimed at surveilling everybody's social media accounts but there are two big questions. First is, how are they going to do it. Particularly, if they are going to have access to private posts. If so, this would violate the terms of most social media services... if they wanted to identify a particular person as having negative sentiments. They can today employ tools to send counter messages to that person, tailored to that person in order to change his opinion. In fact, the outrage around CambridgeAnalytica was precisely this."