The weaker districts in the state also required special support and the Congress was very clear that the state's development should be uniform, Rahul Gandhi said. 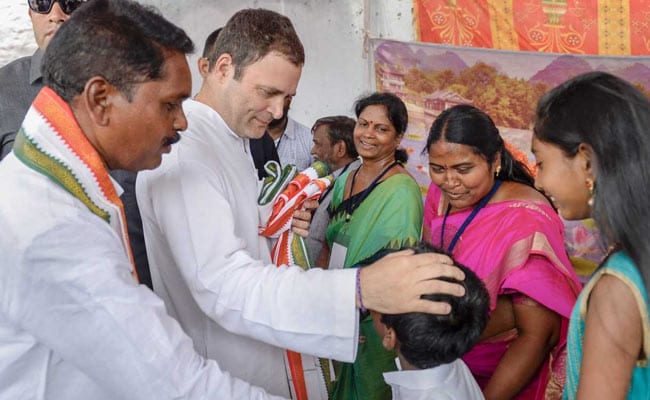 Hitting out at the BJP-led NDA government at the Centre, Congress chief Rahul Gandhi on Tuesday asserted that his party was committed to granting special category status to Andhra Pradesh if elected to power in 2019.

The state required special support from the Union government, he said.

"The nation and the prime minister owe something to the people of Andhra Pradesh. The Centre owes the special category status (SCS) to AP.

"It was promised (by the then prime minister Manmohan Singh in 2014) but was not delivered (by current Prime Minister Narendra Modi)...," Mr Gandhi said in reply to a question during an interaction with college students at the Byreddy Convention Centre here in the afternoon.

The weaker districts in the state also required special support and the Congress was very clear that the state's development should be uniform, he said, adding that his party was committed to doing that. 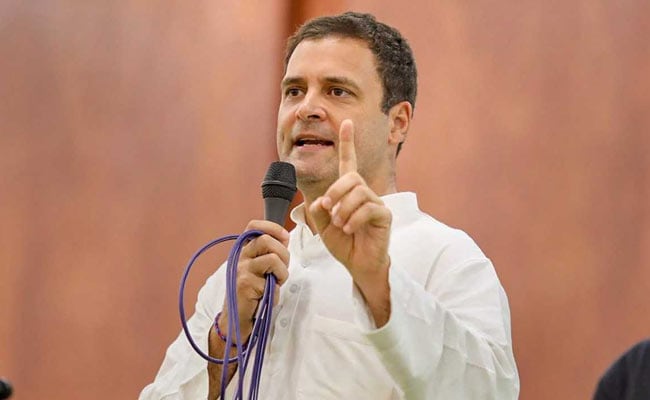 The Congress president, who was on his second visit to Andhra Pradesh after the state's bifurcation in 2014, replied to a wide range of questions on GST, the fuel price hike, the crisis in the agriculture sector, unemployment, corruption, women's safety, banking and other issues.

He said the Congress, if voted to power in 2019, would change the way the Goods and Services Tax (GST) was structured and bring petrol and diesel under its ambit.

"This is not a real GST as there are five different levels. We will change the Gabbar Singh Tax, make it one tax, a true GST...," Mr Gandhi said.

To a question on women's safety, he urged the women of the country to take an active part in politics.

"We need more and more women in the political parties to change the nature of politics so that women can walk comfortably in the streets. Right now, there is not enough place for women in the government and in politics," Mr Gandhi said.

Referring to the long-pending Women's Reservation Bill, he said his party was ready to support it "wholeheartedly".

"I told the prime minister that the Congress is ready to support the Women's Reservation Bill wholeheartedly, but he has not responded," Mr Gandhi said.

He said the first challenge was getting jobs for millions of youngsters.

He claimed that over the last two years, an amount of Rs 1.30 lakh crore was "waived" as non-performing assets (NPAs) for the richest people in the country, whereas youngsters were denied loans to set up small and medium businesses.

"We will change that," he said. 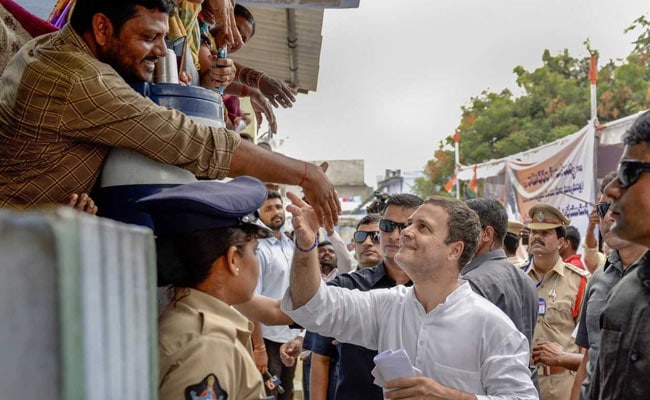 On the agriculture sector, the Congress chief said the first priority for his party, if elected to power, would be waiving farm loans, setting up food processing factories near farms and building the required infrastructure.

"We will waive, cancel the loans of the weakest farmers...we will also ensure that technology is made available to increase productivity and help farmers make money," he said.

Mr Gandhi alleged "wholesale corruption" both in Andhra Pradesh and in New Delhi.

Referring to the Rafale deal, he claimed that he had asked the prime minister about it, "but he remained silent".

"He (Modi) cannot look into the eyes of the youngsters of this country and reveal the truth. The chowkidar (watchman) gives contracts worth billions of dollars to his friend Anil Ambani, who has a debt of Rs 45,000 crore," Mr Gandhi said.

The Anil Ambani-led Reliance Group has denied the allegations relating to the Rafale deal, under which France's Dassault Aviation is supplying the fighter jets and has entered into a joint venture with a Reliance Group company to meet its offset requirement of the contract.

Anil Ambani has written to Mr Gandhi on the deal, saying the Congress was "misinformed, misdirected and misled" by "malicious vested interests and corporate rivals" on the issue.

The Congress president asserted that his party was "100 per cent committed" to eradicating corruption.

"We have taken action against our own people when involved in corruption," he said.

Earlier, Mr Gandhi went to Pedapadu village, near Kurnool, to visit the house of former chief minister late Damodaram Sanjeevaiah and interacted with his family members.

Later, he paid homage at the memorial of former chief minister Kotla Vijayabhaskara Reddy at the Kisan Ghat.