The ministry has outlined six guiding principles in the final draft after some state governments and stakeholders raised concerns about the policy. 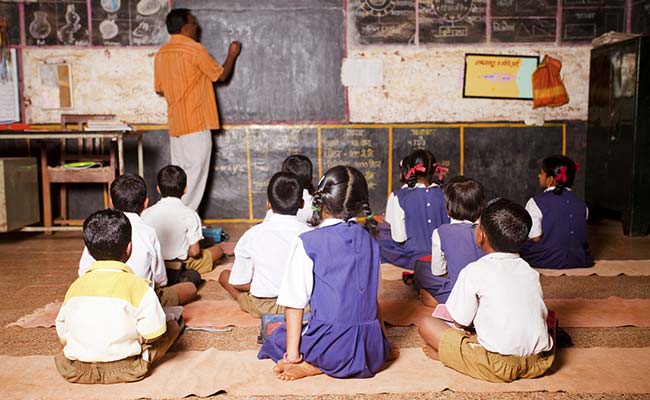 The HRD Ministry, which is in the process of giving final shape to the new National Education Policy (NEP), has laid down a six-point roadmap for its implementation and decided to conduct a comprehensive review of the implementation status in 2030.

After some state governments and stakeholders raised concerns about the NEP draft, saying less has been talked about the implementation roadmap, the ministry outlined six guiding principles in the final draft which will be placed before the cabinet soon.

"Any policy is only as good as its implementation. Such implementation will require multiple initiatives and actions, which will have to be taken by multiple bodies in a synchronised and systematic manner," the final NEP draft said.

"First, implementation of the spirit and intent of the policy will be the most critical matter. While the Policy provides much detail, the intent and the spirit of the policy must serve as the most important consideration," it stated.

"Second, it is important to implement the policy initiatives in a phased manner, as each policy point has several steps, each of which requires the previous step to be implemented successfully. Third, prioritisation will be important in ensuring optimal sequencing of policy points - and that the most critical and urgent actions are taken up first - thereby enabling a strong base," the draft read.

The ministry has argued that as the policy is interconnected and holistic, only a full-fledged implementation and not a "piece meal" one, will ensure that the desired objectives are achieved.

"Since education is a concurrent subject, it will need careful planning, joint monitoring, and collaborative implementation between the Centre and states. Timely infusion of requisite resources - human, infrastructural, and financial - at the central and state levels will be key for the satisfactory execution of the policy," the draft stated.

"Finally, careful analysis and review of the linkages between multiple parallel implementation steps will be necessary in order to ensure effective dovetailing of all initiatives," it added.

The ministry has decided that yearly joint reviews of the progress of implementation of the policy, in accordance with the targets set for each action, will be conducted by a designated team and the corresponding state body.

"By 2030, it is expected that the past decade would have provided ample opportunities for evaluation, fine tuning as well as major changes, if called for, to be effected. Thereafter, a comprehensive review of the status of the implementation of the policy in its entirety will be undertaken," the draft read.

"In the decade of 2030-40, the entire policy will be in an operational mode, following which another comprehensive review will be undertaken. It is, of course, expected that annual reviews will continue throughout," it stated.

The draft was then put in public domain to seek feedback from various stakeholders and over two lakh suggestions were received by the HRD Ministry about the same.

The existing NEP was framed in 1986 and revised in 1992. A new education policy was part of the Bharatiya Janata Party's manifesto ahead of the 2014 general election.

The drafting experts also took into account the report of a panel headed by former cabinet secretary TSR Subramanian and formed by the HRD Ministry when it was being headed by Union Minister Smriti Irani.