20 flights have arrived with foreign aid, which includes around 900 oxygen cylinders, 1,600 concentrators, 1,217 ventilators and life-saving drugs. 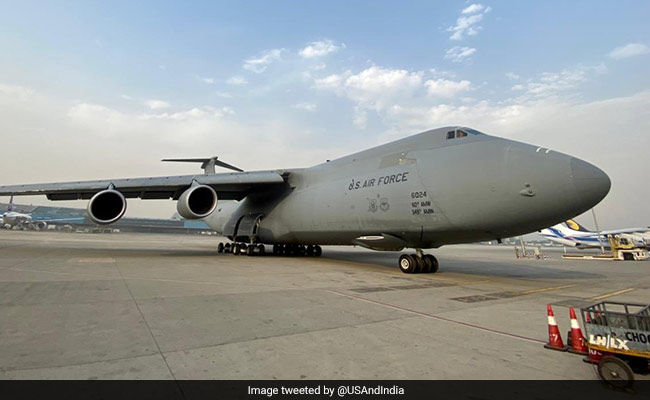 Health ministry procedures say since such grants are limited, it has to be optimally utilised.

The Centre today explained its procedure for allocation of foreign medical aid for the Covid pandemic following allegations of delay in distribution. Critics have also alleged a lack of transparency and red tape. and questions were raised even at a White House briefing in the US. The issue was flagged at the Delhi High Court yesterday, with a hospital claiming that around 3000 oxygen concentrators, desperately needed medical equipment now, are lying with the Customs department. The government has denied any pendency in clearance of Covid-related material.

Sources have told NDTV that 20 flights have arrived with foreign aid, which includes around 900 oxygen cylinders, 1,600 concentrators, 1,217 ventilators and life-saving drugs.

But a large number of oxygen concentrators and Remdesivir have been stuck at customs for weeks. Officials attributed the delay to "compatibility problems" and logistical issues in distribution.

The government today said while the foreign ministry is the nodal agency for channelling offers of help from foreign countries, the health ministry has formed a cell to coordinate the receipt and allocation of Covid relief material, grants, aid and donations from abroad. A committee under the chief of NITI Aayog has been formed to oversee the operation. The process that follows is this:

According to the Health Ministry procedures, because such grant is limited in quantity, it has to be optimally utilised by allocation to high burden states. The Centre said 24 different categories of items, numbering nearly 40 lakhs, have been distributed to 86 Institutions in different states.

In the first few days, the states were covered through AIIMS and other central institutions where critical care patients load is high. Hospitals run by the Central government, including DRDO facilities in and around the National Capital Region, were also supplemented.