Sources also pointed out that in the same IMF report India's GDP was estimated to grow at 8.8 per cent in 2021, compared to Bangladesh's 4.4 per cent 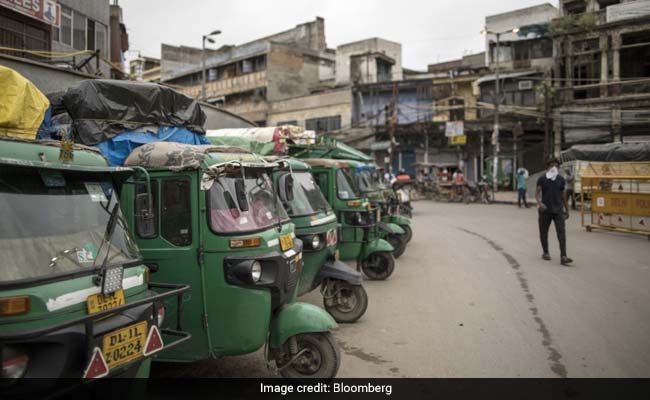 The IMF report said India's GDP was estimated to grow at 8.8 per cent in 2021 (Representational)

Government sources on Wednesday responded to Congress MP Rahul Gandhi's sarcastic applause - over an IMF report that said India's per capita GDP is set to drop below Bangladesh's - by claiming that in terms of purchasing power parity the nation's per capita GDP in 2019 was actually 11 times higher than that of Bangladesh.

Sources claimed the gap in per capita GDP PPP (purchasing power parity) - which is a way to measure per capita GDP by accounting for relative differences between nations - was achieved despite India having a population that is eight times more.

Sources also pointed out that in the same IMF report India's GDP was estimated to grow at 8.8 per cent in 2021, compared to Bangladesh's 4.4 per cent.

On Tuesday a report by the IMF said India's GDP was set to drop below that of Bangladesh. The report also said the Indian economy could contract by a massive 10.3 per cent this year - a forecast that represents a huge downward revision from its previous prediction in June.

Mr Gandhi, who has been highly critical of the centre's handling of the economy (particularly since the Covid pandemic and lockdown led to contraction in output and growth), tweeted Wednesday morning.

The screenshot, extracted from the IMF report, said India's per capita GDP (in dollar terms) is set to plunge to $1,877 in the fiscal year ending March 31, 2021. By comparison, Bangladesh's is set to increase to $1,888 in the same period.

However, India - Asia's third-largest economy - is likely to bounce back with an impressive 8.8 per cent growth rate in 2021 the report added, surpassing China's projected growth rate of 8.2 per cent and regaining the position of the fastest growing emerging economy.

The report comes after India recorded a massive 23.9 per cent contraction of GDP in the April-June quarter this year - the worst incidence of negative growth for the economy since 1996.