The government is preparing the National Register of NRC to identify legal residents in Assam. 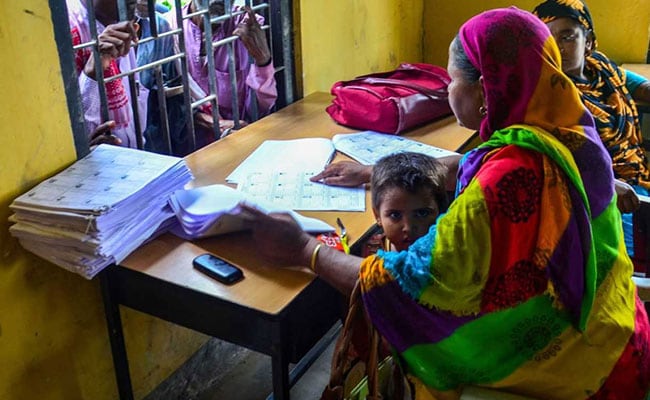 More than 40 lakh people were excluded from the draft NRC last year. (File)

The centre has extended the deadline to complete the ongoing exercise for updating the National Register of Citizens or NRC in Assam by one more month to July 30. The process had been extended in December last year by six months to June 30.

In a notification, the Registrar General of India said the decision was taken as the exercise launched to identify legal residents of Assam, could not be completed within the current deadline.

Over one lakh people were excluded from the NRC, a draft list showed earlier this week. The additional draft exclusion list published on Wednesday named 1.02 lakh people whose names figured in the draft citizens' list that was released in July last year. These names were subsequently found ineligible for inclusion.

The Assam citizens' list is being updated for the first time since 1951 to account for illegal migration into Assam from neighbouring Bangladesh. The people who have been excluded will be informed individually through letters to be delivered at their residential addresses. The list of names dropped in the latest draft can be accessed on the National Register of Citizens' website. The excluded people will have the chance to file their claims at the designated NRC help centres by July 11.

Over 40 lakh people were not named in the draft citizens' list published on July 30 last year, creating a huge controversy. Lakhs of them have applied for re-verification. The draft list included the names of 2.9 crore people out of the total 3.29 crore applications.

The NRC in Assam is being updated under the Supreme Court's monitoring.

A person whose name is not part of the NRC can approach any such tribunal with a certified copy of the rejection order received from the NRC authorities along with the grounds for appeal.

Prime Minister Narendra Modi had spoken about the citizens' list ahead of the national election and had said that "not a single genuine Indian would be left out of the final NRC".