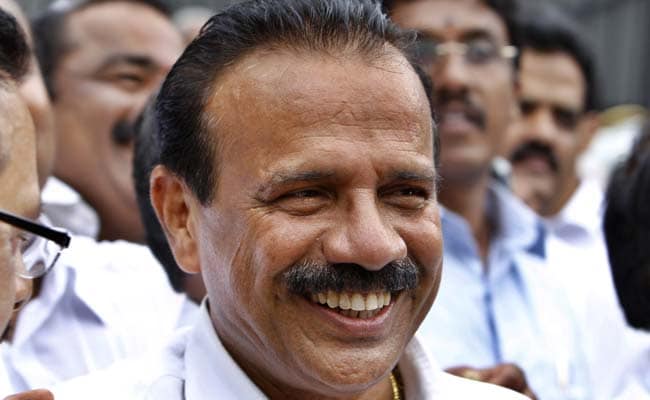 New Delhi: Government is contemplating a comprehensive Bail Act clearly defining the conditions for grant of relief to the accused so as to no longer leave it to the discretion of courts.

In an internal note to the Law Secretary suggesting statutory norms for grant of bail, Law Minister DV Sadananda Gowda has said that "all is not well with the way cases relating to grant of bail are being handled" and while those with resources are able to secure relief, "the poorer lot languish in jails".

He has suggested the need to examine the desirability of having a separate Bail Act under a "major revamp" of the bail system.

Law Secretary PK Malhotra has referred the matter to the Law Commission requesting it to submit a report within six months.

The law panel advices government on complex legal issues. Mr Gowda said though the judiciary adopts a very elaborate procedure to deal with matters related to grant of bail, "still the system has the general perception among people that grant or denial is highly unpredictable...the bail system is linked inextricably to property and financial well-being of the accused, meaning thereby that accused persons with means."

Noting that there is a "growing dissatisfaction among public about the system of grant of bail", he said though grant of bail is a uniform and reasonable provision in theory, "in practice it does not prove to be so."

"Rather, it has a crude effect on the undertrials and hence the system of grant of bail has come under severe criticism from a cross-section of society. Therefore, the bail system as it is practiced in India may have to be studied in detail and major revamp may have to be brought in," the minister wrote.

The move comes close on the heels of controversy over bail to actor Salman Khan. The Bombay High Court had in May suspended his 5-year sentence in the 2002 hit-and-run case and granted him bail pending his appeal against conviction.

This had trigged a debate on how influential people manage bail but the poor and underprivileged continue to languish in jail. The legal fraternity was also divided on the issue.

Mr Gowda said bail should be granted as a matter of right and it should only be denied when there is a fear that the accused can tamper with the evidence, influence witnesses or commit more crimes while out of jail.

"However, in practice it does not happen for various reasons, like delay in hearing bail applications due to heavy workload in the courts, the cumbersome procedure adopted for hearing and deciding bail applications, the accused not being able to produce sureties as well as lack of awareness among the underprivileged and marginalised sections of the society," the minister said.

He pointed out that the occupancy in Indian prisons has been reported to be consisting of 1/3rd of convicts and 2/3rd of undertrials "which is a sad state of affairs."

"If the right of bail is denied to the accused, it would mean that though he is presumed to be innocent till the guilt is proved beyond reasonable doubt, yet he would be subjected to the psychological and physical deprivation in jail," he said.

In his reference to the law panel, Law Secretary Malhotra said "discretion to grant bail is not exercised properly."

At present, several sections of the CrPC deal with grant of bail. However, discretionary power is vested in the courts to grant bail.

The Supreme Court has observed that bail and not jail is the rule.