The Congress has been asking the government to halt the project and prioritise upgrading medical infrastructure to tackle the pandemic situation. 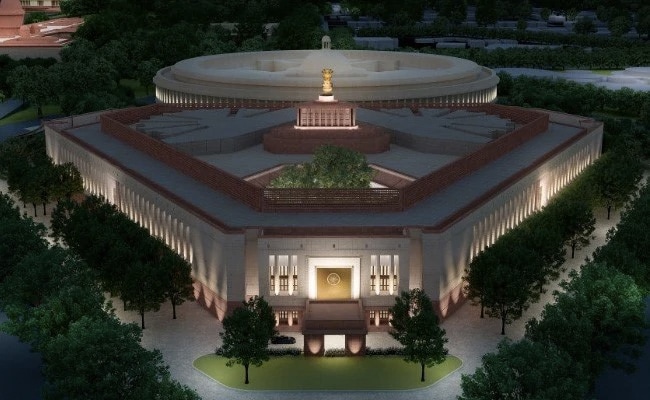 Work on the project has continued despite the lockdown in the national capital.

The remarks came at a time when the pandemic situation in the country has worsened and people have been left scrambling for medical equipment and hospital beds.

As part of the Central Vista project, a new triangular Parliament building, a common Central Secretariat and new residences for the Prime Minister and the Vice-President are to come up. The 3-km Rajpath from Rashtrapati Bhavan to India Gate is also set to be revamped under the plan.

"Central Vista is criminal wastage. Put people's lives at the centre -- not your blind arrogance to get a new house," the Congress leader tweeted.

Put people's lives at the centre- not your blind arrogance to get a new house!

The Congress has been asking the government to halt the Central Vista plan and prioritise upgrading medical infrastructure to tackle the pandemic situation.

The opposition party has also criticised the government for categorising the project as "essential services".

Work on the project has continued despite the lockdown in the national capital that has brought most construction to a halt.

In a related development, the Supreme Court today refused to entertain a plea against deferment of hearing on a PIL seeking direction to halt construction under the project. The court, however, gave liberty to petitioners to approach the Delhi High Court for urgent listing of the matter.

The court was hearing the appeal against the May 4 order of the high court which had listed the PIL for hearing on May 17, saying it wants to first go through what the Supreme Court has deliberated in its judgment of January 5, giving a go-ahead to the project.

The court today asked senior advocate Siddharth Luthra to mention the matter before the High Court for urgent listing on May 10.

"We are of the opinion that since the matter is pending before the High Court and the order challenged in the special leave petition is only of adjournment, we are not inclined to go into the merit of the case," a bench of Justices Vineet Saran and Dinesh Maheshwari said.