Expressing concern over air pollution in the national capital during winter season, the CPCB listed out a series of tasks to be accomplished across Delhi. 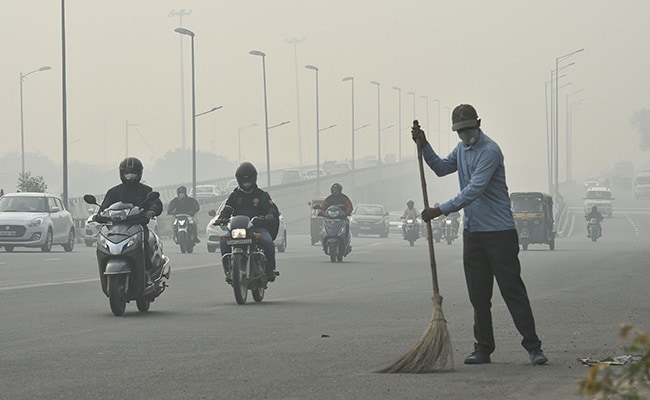 CPCB said that "more needs to be done" to curb air pollution in Delhi. (File)

Pointing out that construction and demolition activities and open garbage dumping continue to be the major sources of air pollution in Delhi, the Central Pollution Control Board (CPCB) has written to the Arvind Kejriwal government seeking urgent action to curb the menace.

Expressing concern over air pollution in the national capital during winter season, the CPCB listed out a series of tasks to be accomplished across Delhi.

"It is observed that construction and demolition activities and open dumping of waste/garbage continue to be the major concern in most of the areas and therefore, special efforts are needed to curb these activities. Some tasks to curb air pollution in Delhi have been accomplished but more needs to be done," the CPCB letter said.

The top pollution watchdog has asked the Delhi government to take early action on dumping of mixed municipal solid waste in the three dump sites at Bhalswa, Ghazipur and Okhla.

"Delhi has only one secure landfill at Bawana. Mixed MSW (municipal solid waste) is dumped at other three dumpsites at Bhalswa, Ghazipur and Okhla. As on date, approximately 280 lakh ton legacy waste is accumulated. Early action has to be taken in this regard," it said.

Pointing out the shortcomings in action plans of 13 pollution hotspots in the capital, the pollution control body said that the updated status of Wazirpur hotspot has not been received, while the target of greening and pavement of roads in the hotspots is not mentioned.

It also pointed out that winter action plan has not been provided by the Delhi Jal Board, the Public Works Department and the Irrigation and Flood Control Department.

It also mentioned that water sprinkling must be carried out on a daily or twice a day basis at hotspots Punjabi Bagh, Mundka, Bawana, Mayapuri and Dwarka "also as being done at other places".

The CPCB also asked the Delhi government to address the grievances pending on SAMEER mobile application as well as on social media portal.

"Expeditious actions on these complaints would also help in resolving air pollution problem. In case of SAMEER App 2,162 (12 per cent) out of 17,737 and in case of social media portal 1,228 (40 per cent) out of 3,041 grievances/complaints are yet to be resolved," the top pollution control body said.

"Considering the importance of the matter, I solicit your personal attention and intervention and request you to kindly direct the officials/agencies concerned to take immediate and effective actions to control and abate air pollution in Delhi," the CPCB chairman said in his letter.