In a letter circulating on social media since Tuesday and purportedly written by VG Siddhartha to the firm's board and employees, he said he "gave up", blaming tax authorities for "harassment" and decisions that caused a liquidity crunch. 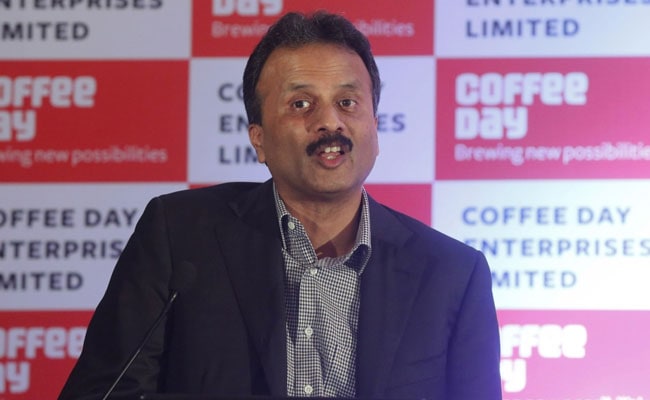 The apparent suicide of coffee baron VG Siddhartha, under investigation by tax authorities, has inflamed anger towards the government among business leaders who feel it is going too far in its crackdown on fraud and tax evasion.

In particular the push by tax collectors has been labelled 'tax terrorism' by TV Mohandas Pai, a former director of Indian IT giant Infosys Ltd, even before the Coffee Day Enterprises Ltd founder disappeared and his body was later found floating in a river in southern India on Wednesday.

In a letter circulating on social media since Tuesday and purportedly written by Mr Siddhartha to the firm's board and employees, he said he "gave up", blaming tax authorities for "harassment" and decisions that caused a liquidity crunch as well as an unnamed private equity partner for pressuring him into a share buyback.

The letter's authenticity has not been verified and much remains unclear about his financial situation and apparent suicide. But the company's board said it is taking the letter's content seriously and will thoroughly investigate.

The Prime Minister's Office did not respond to requests for comment. The income tax department, part of the finance ministry, has said it acted as per the law in its investigation of Mr Siddhartha and the coffee chain, and its probe was based on credible evidence of transactions done in a concealed manner.

Former government officials, industry executives and their advisors, including lawyers, told Reuters that investigations conducted by government agencies and tax inspectors had often resulted in harassment for business leaders.

Kiran Mazumdar-Shaw, managing director of biotech firm Biocon Ltd, said she knew many industrialists who have been called in by enforcement agencies but were made to wait for long periods before questioning began and subjected to "insulting kind of treatment."

"People are made to wait for 24 hours, 12 hours, 16 hours. This is not some kind of inquisition. It cannot be treated like an inquisition," she said. "Today every business person is made out to be as if there is something very crooked about them."

Since PM Modi came to power in 2014, he has made fighting fraud and tax evasion a top goal, saying he wanted to break previous cosy ties between policymakers and rich capitalists.

His administration has targeted banks and heavily indebted businesses and tracked down rich fugitives hiding out in other countries - popular policies that helped him win a second-term in a landslide election victory in May.

While many government officials and business leaders agree that regulations need to be more strictly enforced, they also say the government has been overzealous, making business leaders too fearful to invest and endangering the health of the economy.

In particular, they are concerned that enforcement agencies increasingly go after loan defaulters without differentiating between genuine business failures and corrupt practices.

"Any enforcement agency first looks at you as a crook," said JN Gupta, a former executive director at the country's capital markets regulator, adding that the loss of Mr Siddhartha's life was a very sad moment but one that was giving the country an opportunity to find out what had gone wrong with the system.

"We have a very thin line between duty and harassment. The enforcement agencies fail to realise that sometimes their zeal could be seen as harassment."

Tax collectors are also under pressure, government sources familiar with the matter have said, declining to be identified as they were not authorised to speak on the matter.

With economic growth at a five-year low and keen to fund more public spending, the government has set an income tax target of Rs 13.35 trillion ($193 billion) for this fiscal year, some 15% higher than last year.

The general distrust of businesses is very high in the bureaucracy, said Pratibha Jain, a partner at law firm Nishith Desai Associates which advises corporate clients on tax and investigation matters.

"Tax authorities are keeping focus only on corporations and individuals to meet their revenue base, rather than looking at it in a fair manner which requires widening the tax base to get tax evaders to pay up," she said.