INX Media, promoted by her and her husband Peter Mukerjea, had sought the Foreign Investment Promotion Board clearances for investment in 2007. 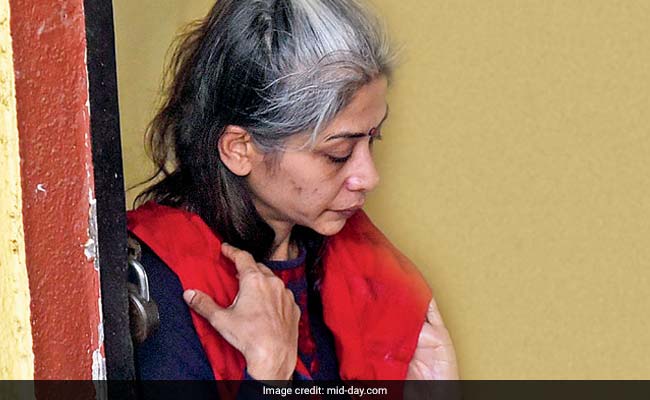 A team of CBI officials met Indrani Mukerjea for nearly an hour inside the Byculla prison.

A team of CBI officials met Indrani Mukerjea, undergoing jail term in Mumbai for allegedly killing her daughter, in connection with the INX Media corruption case in which former Union finance minister P Chidambaram has been arrested, sources said Tuesday.

The meeting took place for nearly an hour inside the Byculla prison, they said.

The agency wanted some clarifications from her regarding foreign transactions made by the company, they said.

The agency had sent Letters Rogatory to five countries seeking information about the financial transactions of INX group of companies.

The agency had told a special court in Mumbai on Monday that one of the countries to which LRs were sent has sought a clarification for which the CBI wants to meet Indrani, they said.

Indrani who was named in the CBI charge sheet for allegedly murdering her daughter Sheena Bora in conspiracy with her second husband and driver had turned approver in the INX Media case in which the agency had recently arrested Chidambaram.

INX Media, promoted by her and her husband Peter Mukerjea, had sought the Foreign Investment Promotion Board clearances for investment in 2007.

It is alleged that rules were violated by the then Finance Minister Chidambaram and the ministry officials to allow Rs 305 crore investment in the company.

A special CBI court in Mumbai had permitted the central agency to question Indrani inside the prison.

Indrani had recorded her statement under the Prevention of Money Laundering Act, claiming she and her husband met Chidambaram at the latter's office in Delhi's North Block when he was the finance minister.

She also claimed in her statement that Chidambaram had asked her to help his son Karti in his business and make overseas remittances in return of granting the Foreign Investment Promotion Board's approval to INX Media.

The allegations have been strongly refuted by the Chidambaram's.