Bihar Chief Minister Nitish Kumar said that within a few days, all the parties in Bihar will work out to conduct a caste census in the state context. 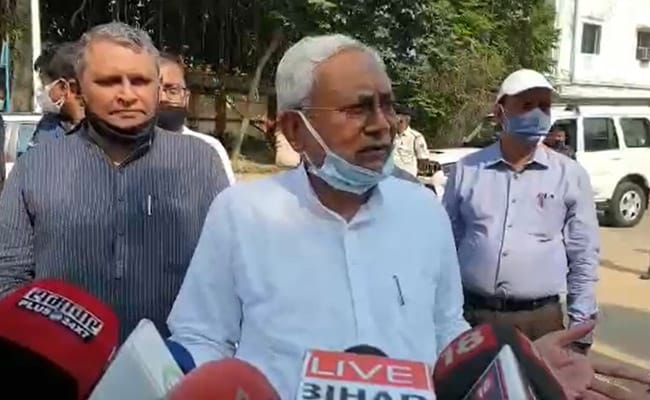 Bihar Chief Minister Nitish Kumar on Monday said that hopefully there will be a consensus among all the political parties in the state on caste census and steps to conduct it will be figured out.

"We are of the view that caste census should be carried out across India. Earlier also, a delegation of 10 parties had met PM Narendra Modi to press for a caste census. Within a few days, all the parties in Bihar will work out to conduct a caste census in the state context. I am hopeful that there will be a consensus among all the parties," Mr Kumar said.

While referring to a NITI Aayog study 'Best Practices in the Performance of District Hospitals' on the number of beds per lakh population -- according to which Bihar has only six beds per 1 lakh population. Mr Kumar said that the richest states in the country could not be compared with the poorest state. "Is it correct to compare Maharashtra with Bihar? Maharashtra is the richest state of the country whereas Bihar is the poorest," he said.

Mr Kumar added, "The NITI Aayog should conduct a study on the basis of the financial condition of the states. There should be different studies for poor states and rich states. The assessment of NITI Aayog is not correct. Whenever there is a next formal meeting with NITI Aayog, I will raise this issue with them."