Anubhav Mohanty, BJD MP from Odisha's Kendrapara, verbally abused a TV journalist and pulled him by his arm at an event on Tuesday. 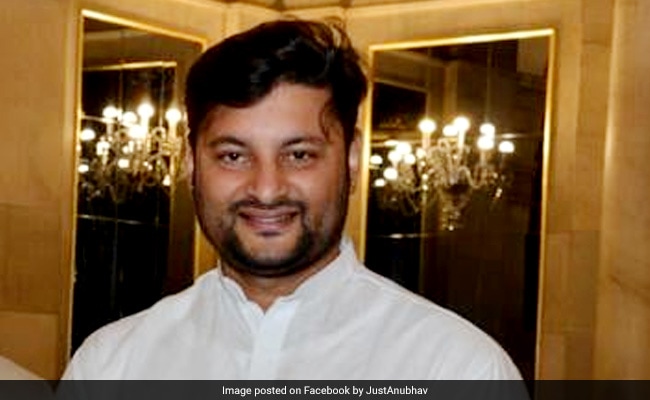 A case has been registered against BJD MP Anubhav Mohanty for allegedly misbehaving with a TV journalist, the police said on Thursday.

According to the complaint filed by journalist Manoj Swain, the actor-turned-politician abused him, both physically and verbally, when he asked for his comment on a newly announced project.

Mr Mohanty, however, denied the allegation, even as visuals of the incident were broadcast by local TV channels.

The journalist alleged that the 37-year-old Kendrapara MP verbally abused him and pulled him by his arm in full public view at an event on Tuesday. He sought police protection, alleging that the MP and his supporters threatened him.

Inspector In-Charge of Kendrapara town police station Ranjan Samantray said that they are investigating the matter.

The incident came five months after another woman journalist filed a complaint against Mr Mohanty, accusing him of sexually harassing her.

Condemning the incident, journalists and political leaders across Odisha sought immediate action against the parliamentarian.

A delegation of journalists met Kendrapara collector Samrath Verma and demanded an apology from him.

In Bhubaneswar, protesting journalists threatened to gherao Odisha Assembly and Chief Minister Naveen Patnaik's residence if action was not initiated against the parliamentarian in 24 hours.

The demonstrators also urged the state government to bring a law to protect the journalists.

The visuals of the confrontation were disturbing, senior BJP leader and Bargarh MP Suresh Pujari said, adding that such incivility by a parliamentarian was not good for democracy.