Case Against Poet For Asking "Why No Shaheen Bagh In Hyderabad" 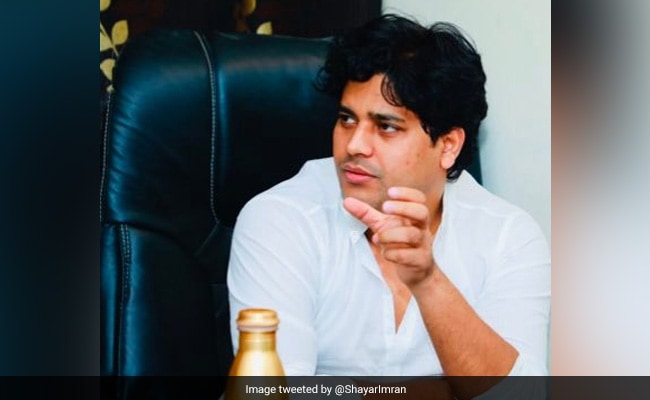 Hyderabad Police on Tuesday registered a case against well-known poet Imran Pratapgarhi for his statement asking why there was "no Shaheen Bagh in Hyderabad".

According to Charminar Police, the complaint was registered by Sub-Inspector S Guruswamy, who was on duty at the QQ Stadium on February 24 where an Ehtaji Mishaira (Poetry Program) against the Citizenship Amendment Act, National Register Commission and National Population Register was held.

Permission for the said event was granted by Hyderabad Additional Commissioner of Police to the program organisers with certain guidelines including that poetry program should be held on February 24 from 6 pm to 9 pm, and no speaker should give provocative speeches in the program.

However, the police said that the program was started by the organisers at 6 pm and continued till 9:48 pm even after police officers asked them to end the event by 9 pm. The program was attended by around 3,000 members at QQ stadium.

According to police, while addressing the meeting Mr Pratapgarhi said, "Mujhe hairath hai us Hyderabad mein koi Shaheen Bagh kyu nahi hai (I am surprised why there is no Shaheen Bagh in Hyderabad)", which is "provocative" and may cause fear to any section of the public.

In this regard, a case has been registered against organisers for disobeying public servants' orders and the poet has been booked for delivering provocative statements under the relevant sections of the Indian Penal Code.

"Hyderabad Police booked a case against poet Imran Pratapgarhi for expressing surprise on why there is no Shaheen Bagh in Hyderabad. For police, this sentence is provocative. Is Shaheen Bagh not a part of India?," Shabbir tweeted.

"Shame on TRS Government and Hyderabad Police for targeting a poet for no-fault," he added.