The protest march is part of the BJP's upping the ante against TMC following the arrest of two state ministers. 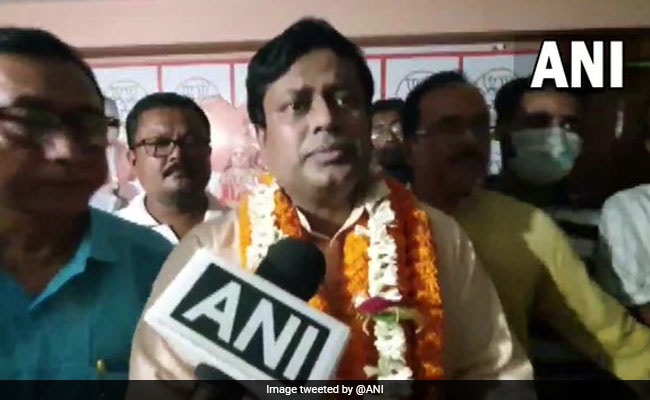 West Bengal BJP chief Sukanta Majumdar on Tuesday courted controversy by asking party workers to carry sticks with flags and resist if attempts are made to stop them during the party's September 7 protest march to the state secretariat.

His call drew sharp criticism from the ruling Trinamool Congress, which accused the saffron party of "trying to vitiate the state's peaceful atmosphere".

Addressing a party rally at Madhyamgram in North 24 Parganas district, he said there would be stiff resistance if attempts are made to stop the march.

"On September 7, we will march to Nabanna (state secretariat) to protest the corrupt TMC regime in the state. But if we are stopped, there would be stiff resistance. I request all of you to carry sticks along with flags," he said.

The protest march is part of the BJP's upping the ante against TMC following the arrest of two state ministers.

Later, while speaking with reporters, Mr Majumdar asserted that every individual has the right to self-defence.

"As per our Constitution, every individual has the right to self-defence. If someone tries to attack, you can always take steps to protect yourself," he said.

Reacting to his comments, TMC state general secretary Kunal Ghosh said, "The BJP is trying to disturb the peaceful atmosphere of the state. The saffron party and its leaders in West Bengal have no credibility," he said.