Formalin, a cancer-inducing chemical, is used to keep dead fish fresh and enhance their storage life. 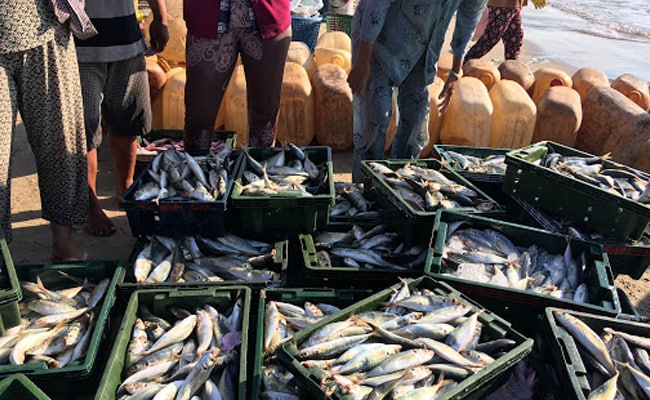 Samples of around nine varieties of fish were collected. (Representational)

Cancer-causing chemical formalin was found in fish stocks available in the markets in Bhubaneswar, an official said on Friday.

A 12-member team from the department collected samples of around nine varieties of fish including marine, freshwater, and brackish water from the market and Chilika Fresh outlets - fish retailers - on Friday.

While formalin content was found in Pomfret fish samples, Mr Gagan said the entire stock will be destroyed if more fish tested positive.

Formalin, a cancer-inducing chemical, is used to keep dead fish fresh and enhance their storage life.

Mr Gagan also informed that a committee under the District Collectors will be formed to ensure that no prohibitory substances are used to preserve the stock.

"As only one out of nine samples has tested positive, we are now concentrating on collecting information from various parts of the state and will take an appropriate decision regarding a ban on fish imports," he said.

Verification samples at different fish markets in urban and rural areas will be taken up in order to prevent the sale of adulterated fish.

Odisha mostly depends on Andhra Pradesh to meet its demand for fish. Last year, the total fish production in Odisha was around 6.5 lakh tonne.