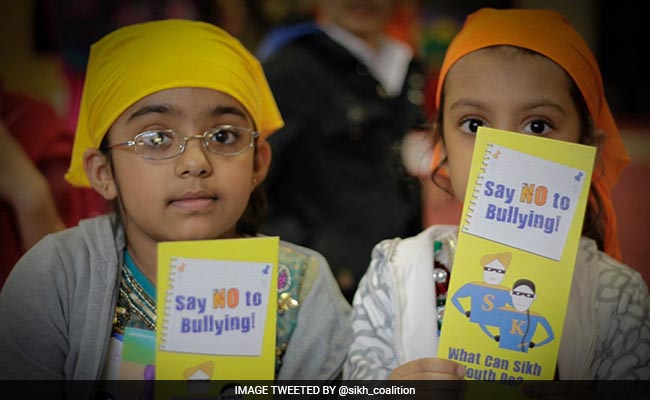 San Francisco: Amid growing incidents of bullying and discrimination against Sikh-American, South Asian and Muslim students in the US, the state of California today approved a new law to provide a safer environment for children from the minority communities.

Governor Jerry Brown signed the AB 2845 -- or the Safe Place to Learn Act - which seeks to address bullying of South Asian, Muslim and Sikh-American students, as well as those mistaken to belong to those groups.

The new law has been hailed by representatives of minority communities.

"This is a landmark bill for California. It will help curb bullying and discrimination in the classroom," said Harjit Kaur, Community Development Manager for the Sikh Coalition.

"The news law ensures the right of every child to practice his or her faith openly and without fear," Ms Kaur added.

Saad Sweilem, a civil rights attorney said: "This is very important to Muslim and Sikh children because both of our communities have seen a huge rise in the bullying of Muslims and those perceived to be Muslim students."

"Students from both communities played an instrumental role in getting this bill passed by testifying in front of assembly members about their own personal experiences being bullied. Because of our current social and political climate, this issue is a major one, and we are very hopeful that this bill will curb the problem," he added.

According to the Sikh Coalition -- a not for profit group representing Sikh-Americans - 50 per cent of Sikh students and 67 per cent of turbaned Sikh American students in the United States have reported experiencing bullying.

The new law provides teachers, staff and administrators with school and community resources to help prevent, identify and remedy bullying and discrimination in the classroom.

Promoted
Listen to the latest songs, only on JioSaavn.com
Several organisations representing minorities like the Sikh Coalition, the Sikh American Legal Defence and Education Fund, the Asian Americans Advancing Justice - California, and the Council on American-Islamic Relations collaborated in helping draft the law.