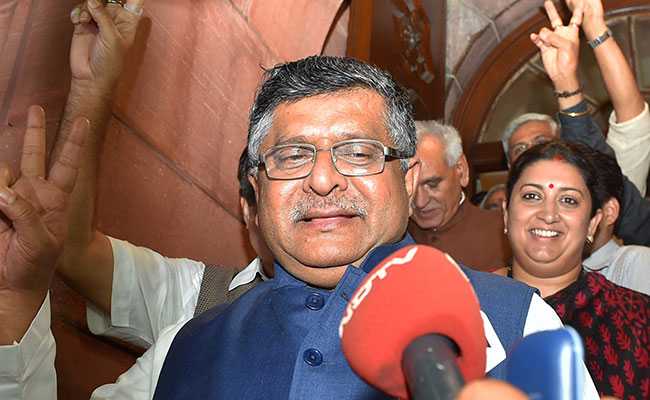 The Union Cabinet at a meeting chaired by Prime Minister Narendra Modi has approved raising of Extra Budgetary Resources (EBR) of Rs 15,000 crore through NABARD for the Swachh Bharat Mission (Gramin) during 2018-19, it was announced on Wednesday.

"In order to meet the financial requirements for achieving the goals of SBM(G), for the year 2018-19, in the budget announcements made by Finance Minister, an amount of Rs 30,343 crore was allocated for SBM(G). This was proposed to be met by Rs 15,343 crore from General Budgetary support and remaining Rs 15,000 through Extra Budgetary Resources (EBR)," Mr Prasad said.

The funds will be utilised to achieve and sustain Open Defecation Free (ODF) status in the villages across the country.

Mr Prasad said the loan amount of Rs 15,000 crore will be repaid to NABARD as single bullet payment at the end of 10th year from the date of loan disbursement as per the agreed terms and conditions.

The EBR funds will be raised through NABARD after considering the exact requirements/expenditure of the states and Union Territories and released to the states/UTs implementing agencies.

This will help provide adequate and timely funds to the states/UTs for achieving the goal of the Mission within the deadlines, he said.

The Swachh Bharat Mission was launched on October 2, 2014, with the goal to achieve universal sanitation coverage in rural areas by October 2, 2019.

Under the scheme, financial incentive of Rs 12,000 is provided to the eligible beneficiaries for construction of individual household toilets in the prescribed funding share pattern between the Centre and the states.

"The Swachh Bharat Mission has made rapid progress in advancing sanitation in rural India. As on July 31 this year, sanitation coverage in India is 88.9 per cent. Over 7.94 crore toilets have been built since October 2, 2014, with 4.06 lakh villages, 419 districts and 19 states and UTs already being declared Open Defecation Free (ODF).

"The pace of progress is constantly accelerating and India is on track to achieve ODF by October 2019," Mr Prasad said.