Assam Bypoll Results: The BJP's Rupjyoti Kurmi won from the Mariani constituency a Congress bastion for three decades -- by a margin of more than 40,000 votes. 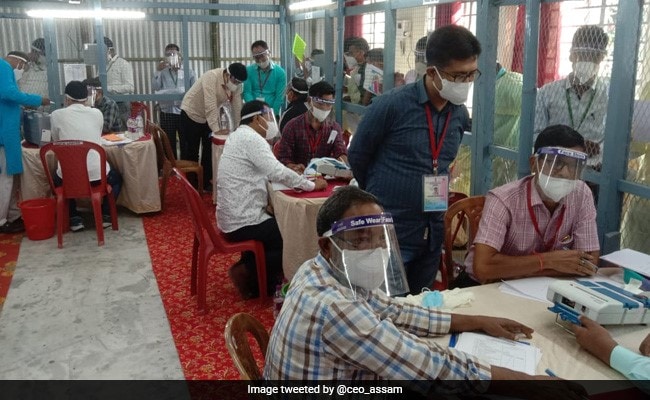 The BJP and its ally UPPL (United People's Party Liberal) comfortably won all five assembly seats in Assam where by-polls were held on Saturday. The BJP's Phani Talukdar, Rupjyoti Kurmi and Sushanta Borgohain retained their Bhabanipur, Mariani and Thowra seats which they had won in the assembly elections held earlier this year on tickets given by other parties.

By-polls in these two seats in the Bodoland Territorial Region became necessary after the death of the sitting MLAs.

"This victory in Assam is not a normal victory, because in every seat victory margins are huge. We did not get such victory even in general elections. In many seats and Union Territories, there has been a record margin win for the BJP and the NDA," said Chief Minister Himanta Biswa Sarma, attributing the victory to Prime Minister Narendra Modi's development initiative.

"We have won all three seats in Meghalaya by NDA partners, one seat won by partner party uncontested in Nagaland and in Mizoram, MNF which is part of NDA, has won one seat," he added.

The BJP's Rupjyoti Kurmi won from the Mariani constituency – a Congress bastion for three decades -- by a margin of more than 40,000 votes. Mr Kurmi – a Congress MLA from Mariani -- had also switched over to the BJP.

All the leaders on the winning track belonged to opposition parties who were elected to the assembly in the state elections in March-April this year. But they resigned and joined the saffron party since.

Mr Talukdar had won as an AIUDF candidate in the state elections, while Mr Kurmi and Mr Borgohain were Congress lawmakers.

The results are set to further shrink the space of the Congress in the state and enhance the stature of the Chief Minister, the BJP's pointsperson in the northeast who helped the party rule the entire region and was rewarded with the top job after this year's state elections.