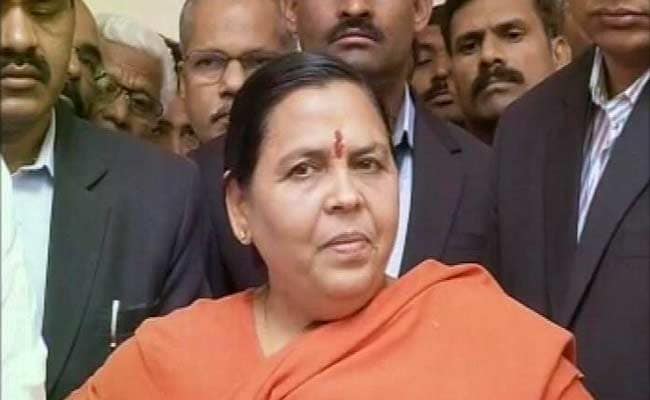 Former Union minister Uma Bharti on Thursday criticised a senior bureaucrat in Madhya Pradesh for his reported statement on the rise in women breastfeeding their newborn daughters due to the state government's 'Ladli Laxmi' scheme.

As per a media report, Shah, while addressing the event in which 'Ladli Laxmi 2.0' scheme was launched on Wednesday, said girls lagged behind boys in mental development as "girls were not given their mothers' breast milk".

"Till 2005, only 15 per cent mothers breastfed their daughters, but today this has increased to 42 per cent. When daughters are deprived of their mother's milk, they become weak in all respects and we have to end this mindset. You come forward, the government is standing with you," Shah reportedly said.

He also hailed Chief Minister Shivraj Singh Chouhan for the scheme, adding that such social revolutions are started by politicians and will not take place just on the basis of the society.

On Thursday, Bharti, a veteran Bharatiya Janata Party (BJP) leader, said she had spoken to CM Chouhan as the statement was reportedly made in the latter's presence.

In her tweets, the former MP chief minister claimed that even Chouhan was "surprised, and disagreed with the statement".

"If the statement has been reported correctly by the media, then it is anti-mother and an attempt to malign the image of mothers in the state. The officials should remain alert and responsible for their remarks," Bharti said.

"Rich or poor, every mother feeds her daughter from the day of her birth. Maybe one in a lakh won't be able to do so for many reasons. After all, women are daughters only and how did they survive?" she further said.

Bharti said CM Chouhan may have not been able to hear the statement correctly at the time "due to a lot of disturbance", but he will find a way "to correct it".