Both Houses Of Parliament Adjourned Over CBI Row: Highlights

Today the Parliament session is likely to be a stormy one as the interim budget which was presented on February 1 is expected to be discussed. 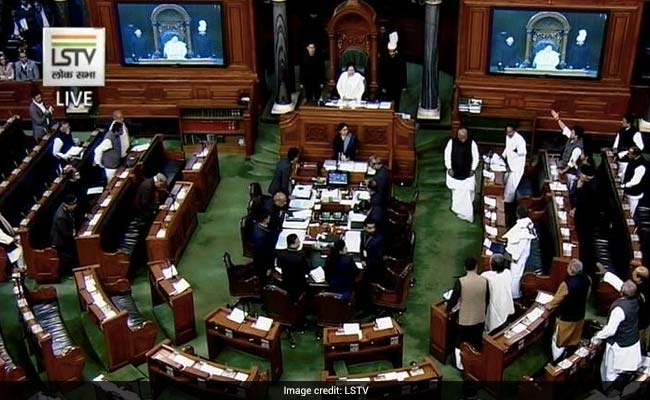 Both houses of Parliament adjourned.

Lok Sabha witnessed three adjournments, while Rajya Sabha too was adjourned for the day due to Sunday's development in Kolkata where the CBI tried to interrogate Kolkata Police chief and West Bengal Chief Minister sat on a dharna protesting the move.

Congress leader Mallikarjun Kharge slammed the government and accused it of trying to finish off the opposition by using the CBI. Union Home Minister Rajnath Singh, however, refuted the charges and termed West Bengal Chief Minister Mamata Banerjee's ongoing sit-in protest in Kolkata as "unprecedented". "The CBI was probing a multi-crore chit fund scam and wanted to interrogate the Kolkata Police chief. Since the scam took place in several states, the case was transferred to the CBI. The tussle between two law enforcement agencies is unfortunate and threatens the federal structure," he said.

Here are the highlights of the Parliament proceedings:

Feb 04, 2019 12:26 (IST)
Police Commissioner summoned many times but did not appear: Rajnath Singh in Lok Sabha
Feb 04, 2019 12:22 (IST)
Congress leader Mallikarjun Kharge also criticises the government. He claims the government want to end opposition by using the CBI.
Feb 04, 2019 12:21 (IST)
BJD's Bhartruhari Mahtab also criticises Sunday's incident. The manner in which the CBI is functioning in the last 3-4 months is not professional.
Feb 04, 2019 12:18 (IST)
Speaker Sumitra Mahajan informs the House that she has received some adjournment notices and she wouldn't be allowing it. She says she will, however, allow the members to raise these issues during Zero Hour. Trinamool Congress member Saugata Roy says the CBI had reached the Kolkata police chief's house without prior permission. He says the West Bengal Chief Minister is on a Satyagraha. He accuses the Centre of misusing the CBI.
Feb 04, 2019 12:13 (IST)
Satyagrah by West Bengal Chief minister is against the misuse of CBI by central government. We strongly protest against the CBI and BJP leadership led by PM Modi and Amit Shah who have damaged the constitutional structure. PM Modi should answer in the House.
Feb 04, 2019 11:25 (IST)
The proceedings of Lok Sabha were adjourned for nearly 45 minutes today amid protests by Trinamool Congress members over alleged "misuse"of the CBI by the central government.
Feb 04, 2019 11:22 (IST)
Rajya Sabha adjourned till 2 PM amid uproar over CBI row
ParliamentMamata BanerjeeParliament budget session