''One Nation, One Ration Card'' scheme of the Union Government is being implemented by 32 States and Union Territories, reaching about 69 crore beneficiaries, said Finance Minister Nirmala Sitharaman on Monday, while announcing the Union Budget. 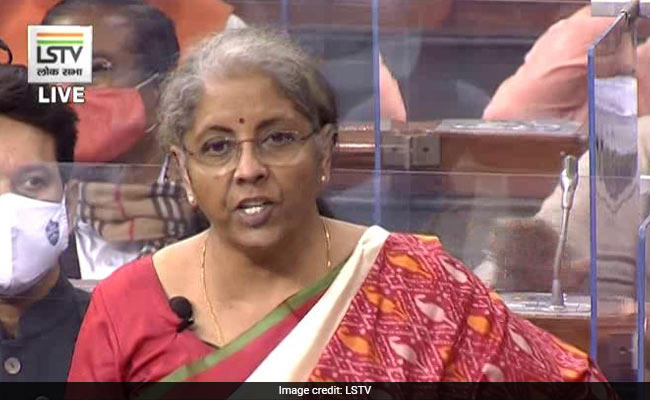 Budget 2021-22: One nation one ration card scheme is being implemented in 32 states, union territories

''One Nation, One Ration Card'' scheme of the Union Government is being implemented by 32 States and Union Territories, reaching about 69 crore beneficiaries, said Finance Minister Nirmala Sitharaman on Monday, while announcing the Union Budget.

"We have launched the ''One Nation, One ration'' card scheme through which beneficiaries can claim their rations anywhere in the country. Migrant workers in particular benefit from this scheme, those staying away from their families can partially claim their rations where they are stationed, while their family in their native places can claim the rest," Ms Sitharaman announced in her third budget speech.

The Finance Minister informed that the scheme has covered 86 per cent of the beneficiaries, adding that the remaining four states and union territories will be integrated into the scheme in the coming few months.

Ms Sitharaman also proposed the launch of a portal that will collect all relevant information on gig workers, building and construction workers, among others.

"This will help formulate health, housing, skill, insurance credit and food schemes for all migrant workers," she said.

Ms Sitharaman, in the ninth budget of Prime Minister Narendra Modi''s government, said that the Budget was prepared in circumstances like never before and that the government was fully prepared to back and facilitate a reset of the economy.

The government will conclude the implementation of four labour codes and social security benefits will be extended to gig and platform workers, she said.

"We will conclude a process that began 20 years ago with the implementation of four labour codes. For the first time globally, social security benefits will be extended to gig and platform workers," Ms Sitharaman added during her almost two-hour-long budget presentation speech in the Lok Sabha.

She also said that minimum wages will apply to all categories of workers, which will all be covered by the employee state insurance corporation.

"Women will be allowed to work in all categories, and also in the night shift, with adequate protection," she further announced.

Ms Sitharaman informed that the compliance burden on employees will be reduced with a single registration, licensing and online returns.

Is AAP's Presence Growing In Punjab? An NDTV Ground Report