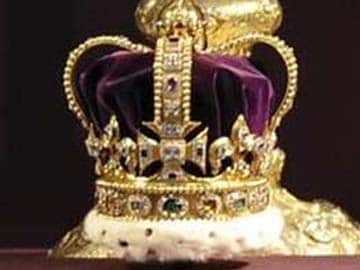 Indo-British Heritage Trust organised the debate to mark the 400th anniversary of formal relations between India and Britain.

London: The British Raj did more harm than good in the Indian subcontinent, concluded a historic debate that put the mighty empire on a mock trial at the Supreme Court.

The Indo-British Heritage Trust organised the debate as the inaugural event to mark the 400th anniversary of formal relations between India and Britain back in 1614. The motion before the house was, "The Indian sub-continent benefited more than it lost from the experience of British Colonialism".

The team against the motion, eloquently led by Congress MP Shashi Tharoor and including fellow authors William Dalrymple and Nick Robins, clinched a decisive victory.

"No wonder the sun never set on the British Empire, even God couldn't trust the English in the dark," said Mr Tharoor as part of his arguments which focused on the economic ruin of India at the hands of the East India Company.

"The might of Britain was built in the 18th and 19th centuries on the ruination of India where India went from a 23 per cent share of the global economy to 4 per cent," he added.

Mr Dalrymple, author of 'White Mughals' and 'The Last Mughal', echoed the sentiment from the perspective of a prospering Mughal Empire which 'haemorrhaged' under the British.

"It is impossible even to consider this motion seriously without noting how far behind the West was for 90 per cent of our history, the British went to India to get a bit of action in the Mughal Empire which was then immeasurably richer than anything London, Paris, Madrid, Rome, Milan put together. Britain, with its mastery of cannon and artillery, drained India and the money came to Europe," he said.

The debate, which coincided with the Scottish referendum vote on Thursday, was chaired by senior Indian-origin MP and chair of the House of Commons' Home Affairs Select Committee Keith Vaz, who deftly managed proceedings for and against.

Promoted
Listen to the latest songs, only on JioSaavn.com
Their side failed to win over the audience with their arguments in favour of the English language, rule of law, railways and cricket as positive legacy of the Empire.

"The fact that we seized upon the English language for our own liberation is to our credit and not by British design," countered Mr Tharoor, who ended on a lighter note saying, "Cricket was an Indian game accidentally discovered by the British".