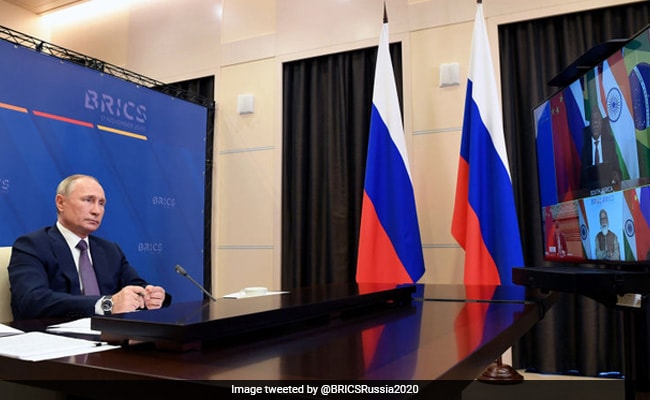 The new strategy was adopted at the bloc's annual summit which was held in the virtual format.

Five-nation grouping BRICS on Tuesday unveiled a counter-terrorism strategy to strengthen bilateral and multilateral cooperation among the member countries for effectively combating the threat through a range of measures including choking financial channels of terror networks.

The new strategy was adopted at the bloc's annual summit which was held in the virtual format.

In the document titled ''counter-terrorism strategy'', the BRICS (Brazil-Russia-India-China-South Africa) said it will consider undertaking concerted measures against those involved in organising, instigating, facilitating, financing and encouraging terrorist activities.

It also called upon all nations to take appropriate measures to prevent the use of their territories for terrorist bases or spreading terror activities.

The BRICS said the aim of the strategy is to improve the practical cooperation among security and law-enforcement authorities of the member nations to prevent and combat terrorism, including by sharing timely and accurate information.

It said the focus would be to "suppress" the facilitation of terrorist groups, entities and associated persons by not making available financial and material resources to them.

The BRICS also said that efforts will be initiated to prevent "further geographical expansion of terrorism" and address the threats posed by terrorists returning from conflict zones to countries of departure or travelling to third countries.

Under the new strategy, the bloc also vowed to enhance cooperation in the sphere of mutual legal assistance and extradition, in conformity with their domestic laws and regulations.

The BRICS also resolved to counter "extremist narratives" conducive to terrorism and vowed to take steps to ensure that the Internet and social media platforms are not used for recruitment and radicalisation by terror groups.