Leaders of the BRICS emerging economies, including PM Modi will gather in Johannesburg for a three-day meeting focused on the threat of a US-led global trade war. 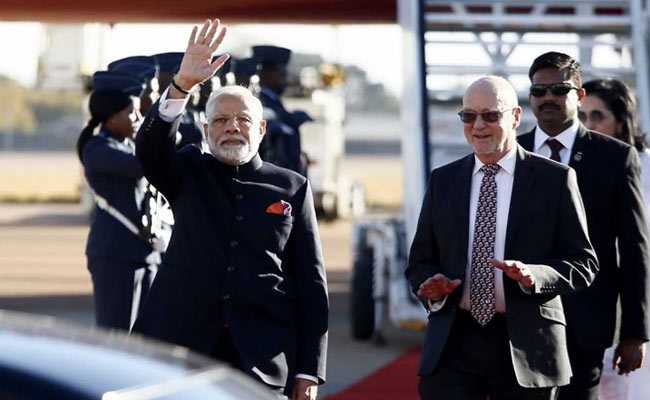 After his Uganda visit ends today, PM Modi has arrived in South Africa to participate in the BRICS Summit, whose theme this year is 'BRICS in Africa'.Leaders of the BRICS emerging economies -- Brazil, Russia, India, China and South Africa -- will gather in Johannesburg on Wednesday for a three-day meeting focused on the threat of a US-led global trade war.US President Donald Trump's hardening stance has compounded fears of an all-out trade war after he slapped levies on goods from China worth tens of billions of dollars and imposed tariffs on other international imports.

Xi held talks with South African President Cyril Ramaphosa on the eve of the gathering, saying that "the Johannesburg summit has special significance for BRICS cooperation in the new circumstances".

Here are the Highlights from Narendra Modi's South Africa visit for the 'BRICS in Africa' Summit:

Donad Trump Threatens Tariffs On All Chinese Imports, Says "I'm Ready To Go 500"
BRICS Summit : Emerging economies are meeting as US trade war looms
US President Donald Trump said in an interview released Friday he is willing to hit all Chinese goods imported to the United States with tariffs if necessary."
Jul 25, 2018 21:53 (IST)
Brazil President Michel Temer (C) arrives at the Waterkloof Air Force Base on July 25, 2018 in Pretoria, South Africa. 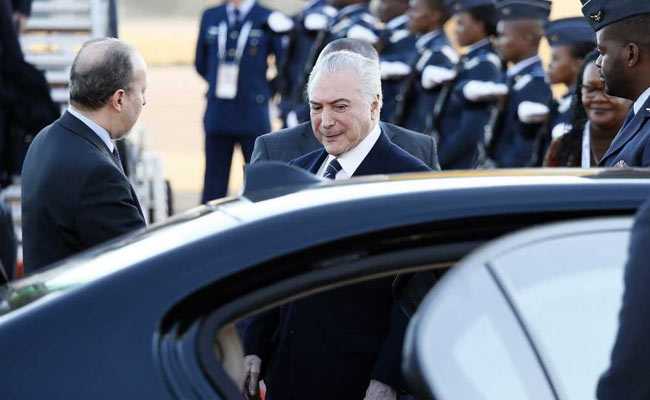 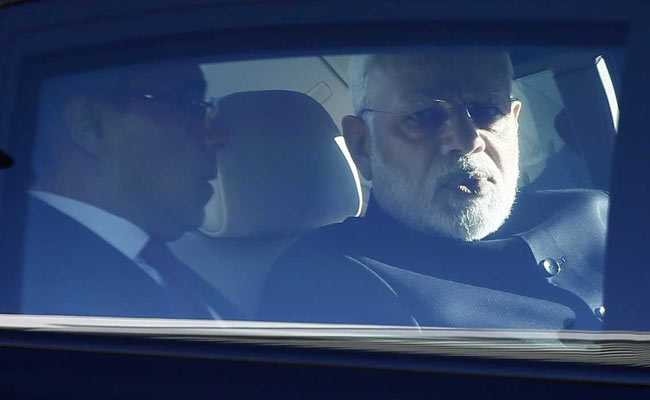 Jul 25, 2018 21:00 (IST)
The BRICS group, comprising more than 40 percent of the global population, represents some of the biggest emerging economies, but it has struggled to find a unified voice -- as well as achieving sharply different growth rates.
Jul 25, 2018 20:37 (IST)
China's President Xi Jinping on Wednesday said that there would be "no winner" in any global trade war, in a direct warning to US President Donald Trump who has threatened to slap levies on all Chinese imports: AFP
Jul 25, 2018 20:36 (IST)
South Africa's President Cyril Ramaphosa addresses delegates at a Business Forum organised during the 10th BRICS 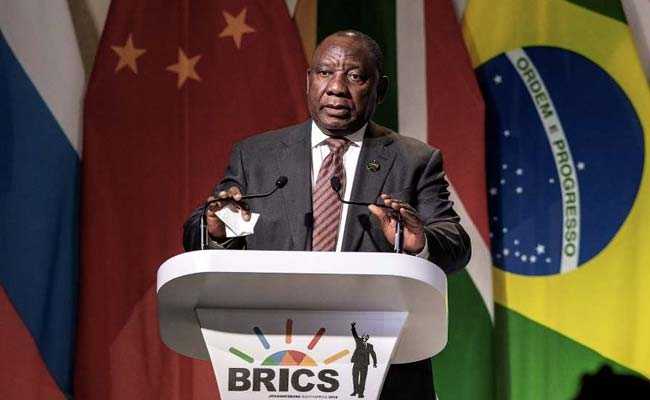 Good evening South Africa! PM @narendramodi arrives at Waterkloof air base to a warm welcome. PM will attend the 10th #BRICS Summit and related meetings in #Johannesburg and will have several bilateral meetings on the sidelines. #IndiaatBRICSpic.twitter.com/FFtZvpe67f

Jul 25, 2018 19:32 (IST)
Trump's warnings have given Brazil, Russia, India, China and South Africa fresh impetus to enhance trade cooperation, and officials at a three-day summit that kicked off in Johannesburg on Wednesday found a collective voice championing global trade.
Jul 25, 2018 19:13 (IST)
Trade war unity at BRICS? (Source AFP)
Sreeram Chaulia, of the Jindal School of International Affairs outside Delhi, told AFP that BRICS leaders would "concur that the US has unleashed punitive trade wars that are hurting all the BRICS members".
Russian Economy Minister Maxim Oreshkin said last week the Johannesburg meeting was "about the context -- we are at a time when the US and China announce new measures almost every week".
Jul 25, 2018 18:58 (IST)

This year's theme for BRICS summit in Africa is cooperation for inclusive growth, & sharing the benefits of the fourth industrial revolution. BRICS is another medium for India for making strong relations with South Africa: Dr KJ Srinivasa, Consul General of India to Johannesburg pic.twitter.com/WHcImd2t80 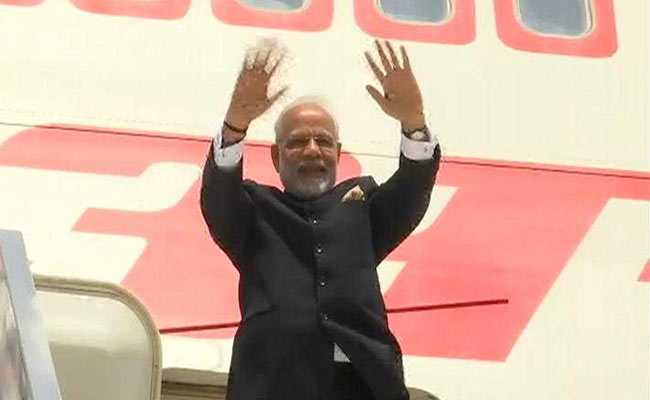 PM Modi Charts Out 10 Principles Of India's Outreach To Africa
Stating that India has deepened its partnership and engagement across the Africa, PM Modi on Wednesday charted out 10 principles for India's engagement with African nations."
Jul 25, 2018 16:44 (IST)
Xi Jinping held talks with South African President Cyril Ramaphosa on the eve of the gathering, saying that "the Johannesburg summit has special significance for BRICS cooperation in the new circumstances".
Jul 25, 2018 16:21 (IST)
China and India will discuss the US' trade war and its protectionist trade policy when President Xi Jinping and Prime Minister Narendra Modi meet on the sidelines of the BRICS Summit in Johannesburg
Jul 25, 2018 16:12 (IST)

PM Modi was personally seen off by the Ugandan President

In another special gesture reflecting the warmth and bonding between our two countries, Ugandan President Museveni came to the airport to see-off PM @narendramodi. PM concludes his historic visit and takes off for the final leg of his 3-nation trip to S. Africa pic.twitter.com/mgGmLw9AfU

PM Modi And Xi Jinping To Meet During BRICS, To Discuss US Trade War
China and India will discuss the US' trade war and its protectionist trade policy when President Xi Jinping and Prime Minister Narendra Modi meet on the sidelines of the BRICS Summit in Johannesburg next week, the Chinese Foreign Ministry said today."
Jul 25, 2018 15:48 (IST)
PM Modi had made the following points on the Parliament of Uganda :
Our partnership will build instruments of empowerment in Africa.
Just as India and Africa fought colonialism together, we will work together for a just, representative and democratic global order that has a voice and a role for one-third of humanity that lives in Africa and India
We will keep our markets open and make it easier and more
attractive to trade with India.
Our development partnership will be guided by your priorities. It will be on terms that will be comfortable for you, that will liberate your potential and not constrain your future.
Africa has 60% of the world's arable land, but produces just 10% of the global output. We will work with you to improve Africa's agriculture.
Jul 25, 2018 15:41 (IST)
While In Uganda, PM Modi had gifted the country a cancer therapy machine as a token of love.  President of Uganda, Yoweri Museveni said that the two leaders discussed "trade, investment and tourism" in their meeting.
Jul 25, 2018 15:33 (IST)
Prime Minister will attend the BRICS Summit in South Africa. He was in Rwanda for a two-day visit, the first by an Indian Prime Minister.