The footage shows the miscreants beating the guard and attacking him with a sharp weapon. But he fights back and then fires his gun to chase them off. 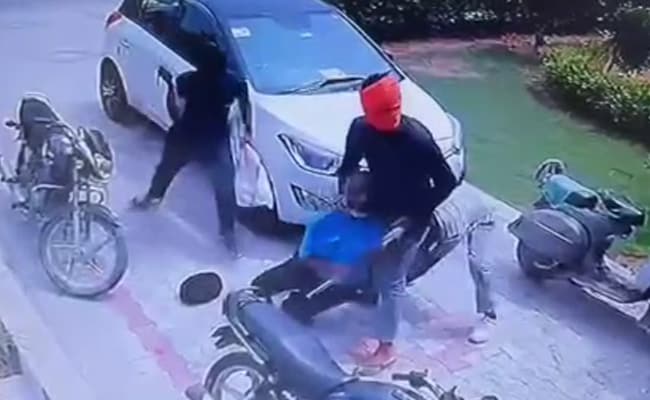 The incident was caught on CCTV camera.

A security guard in Punjab's Moga district foiled a robbery attempt. The brave guard, Mandar Singh, fought three criminals forcing them to run away. The incident, which occurred yesterday, was caught on CCTV camera.

The footage shows three men beating the guard and attacking him with a sharp weapon. But he fights back and then fires his gun to chase them off.

"An incident of attempted robbery happened in Darapur village of Moga. The guard stopped it, and also fired his weapon. We're trying to identify the accused, looking at CCTV footage, finding out the route they took," said Jaswinder Singh, Station House Officer (SHO) at Moga Sadar police station.

Mandar Singh said that the three accused had come on a motorcycle and had their faces covered.

"Three accused had come on a motorcycle with their faces covered. I had a feeling they were not to any good. I asked them to unmask but they didn't comply. They cut me with a ‘kirpan' (sword) on my arm during a fight. I kept fighting and chased them off," the guard told news agency ANI.